Everything you need to know about Magnetic Particle Testing

Magnetic Particle Testing (MPT), is also known as Magnetic Particle Inspection, is a non-destructive examination (NDE) method that is used to identify surface and a little of the below the surface defects in most ferromagnetic materials such as nickel, cobalt, and iron, and a few of their alloys. Ferromagnetic is well-defined in ASME Section V as “a term applied to materials that can be magnetized or strongly attracted by a magnetic field.”

Magnetic particle testing functions by operating a magnetic current across the material being inspected. When the current is disrupted by a flaw, magnetism spreads out from that area, signifying its existence and permitting inspectors to find its position in the material.

Because it does not require the degree of surface preparation vital by other non-destructive test techniques, conducting magnetic particle testing is comparatively quick and simple. Therefore, it is one of the most widely used NDT methods.

How does Magnetic Particle Inspection work?

To examine the material using magnetic particle testing, an inspector starts with magnetizing the material they want to examine. When the ferromagnetic material does have any flaws, the magnetic field will move throughout the object without any disruptions or discontinuities.

If there is a defect in the material, in the form of a crack or other flaws, the magnetic current will be disrupted, leading it to come out from the point and produce what is known as a flux leakage field where the flaw is localized.

As soon as the object is magnetized and flaws have produced these secondary flux leakage fields, inspectors apply magnetic particles on the surface. The particles will be attracted to the secondary field, collecting around it and making it noticeable.

The particles inspectors usually coat the material with either black or fluorescent dye to make them simpler to spot. These particles can be utilized in powder or put into a liquid.

Every area under examination should be inspected at least twice to overcome this challenge. The second inspection should be perpendicular to the first so defects in any direction are identified. The examiner must make sure that sufficient overlap of areas of magnetic flux is sustained throughout the testing process, so discontinuities are not missed.

In magnetic particle testing, one can choose to use either fluorescent or non-fluorescent materials for both the powder and the water suspension techniques, enabling them to use a method that will make flaws highly noticeable to the environment.

Below we will talk about the two-step process by which the inspectors can perform both wet and dry methods of magnetic testing:

● Magnetize the object. A magnetic current is passed through the material; if there are any flaws, they will produce a secondary magnetic field or flux leakage field.

● Spread metal particles on the object. The metal particles are smeared over the material in liquid or powder. The secondary field(s) will draw these particles to the place of flaws, making them noticeable.

Even though the basics of the method are entirely straightforward, there are quite a few factors to how each step is executed. We will look at a few vital considerations to magnetic particle testing.

Below is an overview of the most usual considerations inspectors make while performing magnetic particle inspection.

Ways to Magnetize the Material

There are numerous diverse methods for magnetizing a material while performing a magnetic particle inspection. Below are the most commonly used five techniques that are also accepted by many standards bodies, like the ASME (American Society of Mechanical Engineers).

Magnetic lines of energy should be employed perpendicularly to the course of the electric current. The current can either be an alternating current (AC) or a Direct Current (DC).

To do a systematic magnetic particle inspection, inspectors must examine a material twice. The reason behind it is that the fault will only disrupt the magnetic flux if the flux is perpendicular to the fault.

Consequently, inspectors must perform their magnetic testing twice to make sure that they’ve been covered—once in one direction and another time in a direction perpendicular to the first direction.

Different kinds of electric currents are used to perform magnetic particle inspection. To select the appropriate current for the inspection, a few things should be considered:

● The shape of the object

● The kind of flaws they are looking for

● The material of the object

Below is the list of electrical currents and related considerations for MT:

● AC (Alternating Current). AC is used to identify defects on the material’s surface. It is not ideally used to detect subsurface defects as it can have an issue called the skin effect, in which the electrical current moves only along the surface and doesn’t enter it.

● DC (Direct Current)—full-wave. Also known as FWDC, full-wave DC is used to recognize defects that are just beneath the surface of materials, given that it can magnetize materials more deeply than AC. The magnetic penetration depth for DC is based on the quantity of current moving through the material.

There are numerous magnetic inspection tools that inspectors use in conducting magnetic particle testing. Primarily, these equipment are used to generate magnetic currents and fields for the aim of inspection. Below are a few of the utmost usual kinds of particle inspection equipment: 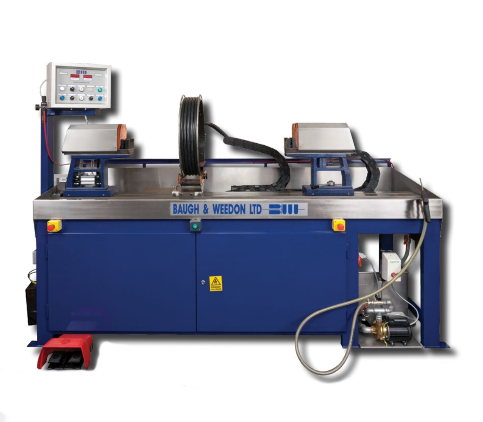 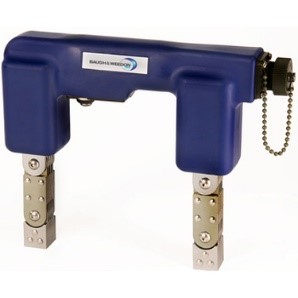 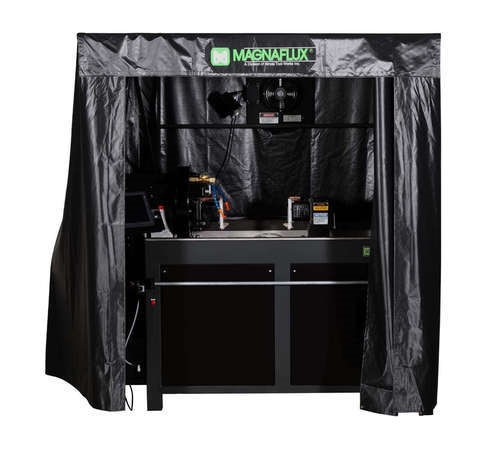 Demagnetizers: Demagnetizers assist inspectors in eliminating remaining magnetism after a magnetic particle inspection has been performed. 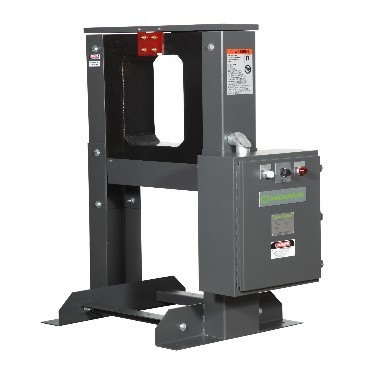 ● Magnetic particle testing enables the identification of both surface and near-surface warnings.

● Surface preparation is an easy task compared to other NDE techniques. Generally, most of the surface pollutants will not hamper recognition of discontinuity.

● A comparatively quick process of examination.

● Indications are noticeable directly on the surface.

● Cost-effective compared to many other NDE techniques.

● It can be used with a battery-powered yoke device that makes it portable.

● Post-cleaning is usually not essential.

● A relatively harmless testing method; materials usually are not combustible or dangerous.

● Indications can demonstrate the relative shape and size of the defect.

● Simple to use and necessitates a nominal amount of training.

● It might involve the removal of plating or coating to attain the required sensitivity.

● It can detect only a limited below the surface defects.

● The arrangement between magnetic flux and indications is vital.

● Each part has to be inspected in two different directions.

● Only small pieces or small portions can be inspected at a time.

We, at One Stop NDT always strive to create awareness in the NDT Market about the new developments and products & services availability in the global market and to provide them with direct access to interact and explore on the possibilities of helping and working together.

Our team of experts is backed by professionals who have an experience & presence of more than 20 years in NDT Market and have access to large database /clientele who will be targeted / educated about your strengths / capabilities and give them a chance to freely communicate / interact with you and develop an interdependent relationship helping everyone to grow.