THE BEST INSPECTION METHODS FOR CORROSION UNDER INSULATION 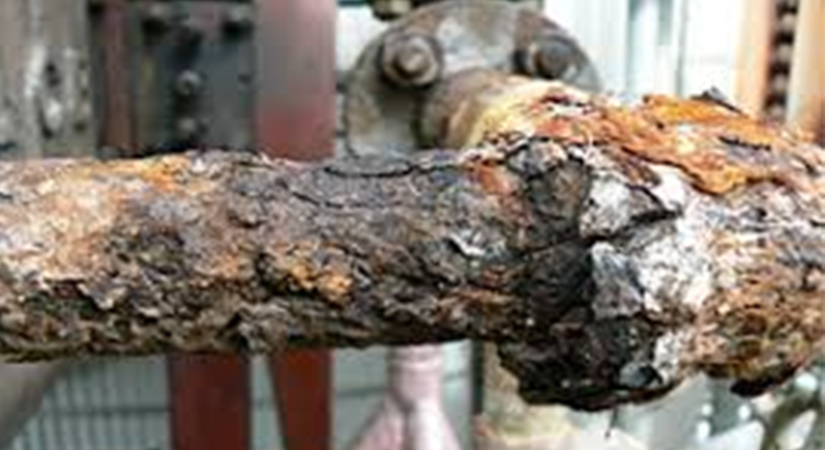 The difficulties – and expense – of looking for and preventing the very common, but elusive problem of corrosion under insulation (CUI) are widely known and well-documented.

CUI is hard to find because it’s hidden under the insulation and there are substantial costs and logistical issues involved in removing the coverings, inspecting the piping and then reinstating them.  Even cutting plugs in the covering and testing those is a time-consuming and labour intensive process, plus there may be further complications if asbestos is identified and needs to be removed safely.

Numerous non-destructive testing methods are used to inspect for CUI which is often only detected when it is fairly advanced and there is visible leakage of fluid.  Naturally, industries prefer technologies that enable inspection without necessitating the removal of the insulation coverings, and as a rule, the various testing methods aren’t used on their own but are combined to complement one another and achieve the best outcome.

Here are the best inspection methods for CUI

This is the simplest and most obvious method, which involves removing the covering (either partially or wholly), visually examining the surface for any signs of corrosion or damage and then replacing the insulation.  It is effective but the downside is that it is expensive, and engineers are only able to inspect the outer areas of the piping for defects and not the internal space.  Insulation may also need to be replaced, adding to the overall cost.  The process also needs to be done carefully and properly otherwise the integrity of the structure may be compromised with the additional risk of contamination.

This is another common method for inspecting for CUI.  The X-ray technology is used in a variety of ways, namely real-time radiography (RTR), computed radiography (CR) and digital detector arrays (DDA).   There are pros and cons to each method and the suitability depends on the particular application.  For example, a CR instrument is only suitable when there is access to both sides of the component under test while DDA devices, which although are more accurate and have less image distortion, are limited to small structures and their performance decreases as the pipe diameter increases.

Each operates on the principle of X-rays providing a view of a pipe’s diameter profile through the insulation and highlighting areas of change/thickness which can indicate a build-up of corrosion.  Advanced software and digital imaging enables images to be viewed in real-time and enhanced to give operators the best possible view.  Other advantages include portability, fast analysis, traceability and digital archiving.

UT is an effective, highly accurate and versatile remote visual inspection technique and is widely used across a diversity of industries.  It works on the principle of the movement of ultrasound waves and can measure wall thickness through a variety of linings and coatings.   Another advantage is that it only requires access to one side of the component under test, but there are drawbacks.   Inspection is limited to small areas and calibration for each different material is required.

This method uses electromagnetic waves to determine the wall thickness of any material that conducts electricity.  The probes don’t require contact with the test surface and deliver a high degree of accuracy, but because the technology only provides an average wall thickness, it’s generally only used as a screening technique and not for detecting isolated areas of corrosion.  It can also only be used on carbon steel and low-alloy steel constructions which limits the scope of its applications.

This is a very broad overview of the various inspection methods for corrosion under insulation and any decision on the most appropriate technology – or combination of technologies – for a specific application warrants much closer examination and understanding.    There’s no doubt that non-destructive testing plays an enormous role in detecting and preventing the scourge of CUI and each method has its own set of advantages and disadvantages.

Working out the best way to mitigate CUI requires an in-depth understanding of both the problem as well as the technology behind the testing and a technical equipment supplier like Nexxis, whose team has years of hands-on industry experience, can make the world of difference when trying to find solutions.  We carry a wide range of high-quality non-destructive testing and remote visual inspection equipment and are able to work out a flexible, needs-driven solution that suits your operational requirements and your budget.