What is Gamma Radiography Testing ? 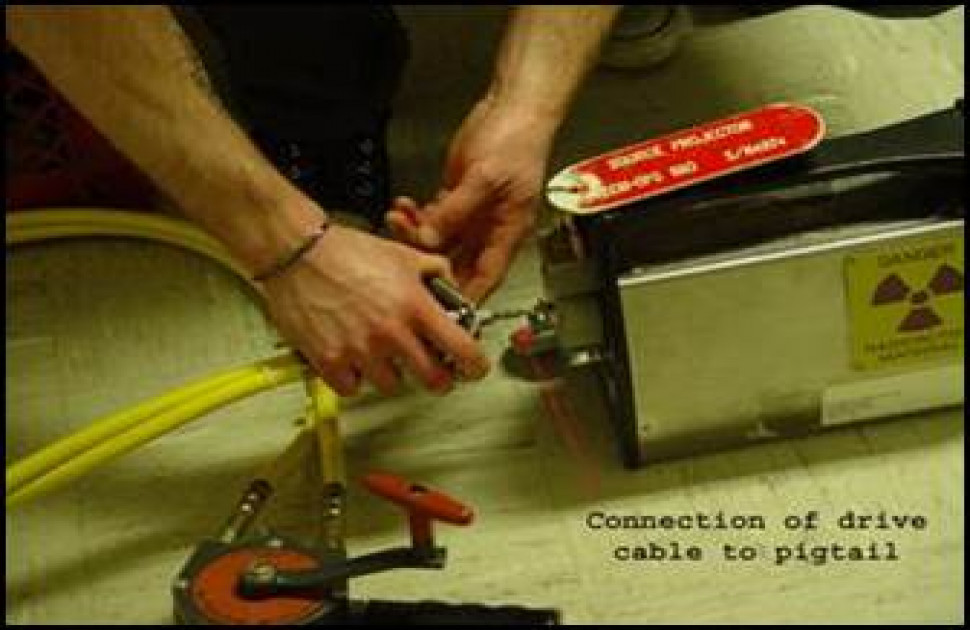 What is Gamma Radiography Testing?

Most of the radioactive material used in industrial radiography is artificially produced.This is done by subjecting stable material to a source of neutrons in a special nuclear reactor.This process is called activation.

Unlike X-rays, which are produced by a machine, gamma rays cannot be turned off. Radioisotopes used for gamma radiography are encapsulated to prevent leakage of the material.

The radioactive “capsule” is attached to a cable to form what is often called a “pigtail.” The pigtail has a special connector at the other end that attaches to a drive cable.

A device called a “camera” is used to store, transport and expose the pigtail containing the radioactive material. The camera contains shielding material which reduces the radiographer’s exposure to radiation during use.

A hose-like device called a guide tube is connected to a threaded hole called an “exit port” in the camera.

The radioactive material will leave and return to the camera through this opening when performing an exposure!

How are the materials tested and recorded as films using camera?

A “drive cable” is connected to the other end of the camera. This cable, controlled  by the radiographer, is used to force the radioactive material out into the guide tube where the gamma rays will pass through the specimen and expose the recording device.

Get to know about our Gamma Radiography testing at https://aqcinspection.com/non-destructive-testing/

Visit our website https://aqcinspection.com/news-events/  for many more blogs to learn more.