How Robotics Are Helping The Coatings And Corrosion Industries To Grow 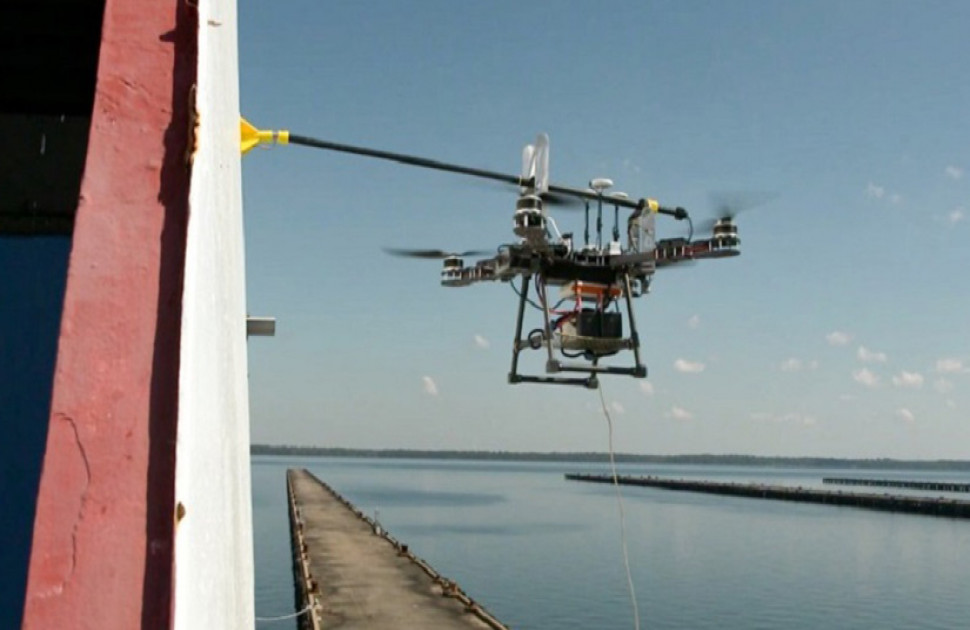 In today's time, Robots are changing the way we safeguard our assets and infrastructure from the consequences of corrosion. The hard-to-reach regions or hazardous places for surface examination, and corrosion inspection,  can be accessed through bots, crawlers or drones, or protective coating applications. This could certainly help to prevent terrible & unfortunate failures. It also works to keep the people as well as the atmosphere safe & secure.

Due to the advancement in technology, machine learning, automation, digitalization etc.,  one can notice so much progress & improvement at the intersection of robotics and prevention of corrosion. At the same time, there's an increase in efficiency and safety and is also generating new jobs. An assortment of robotic technologies is utilized to enter or access remote or hazardous spaces, perform accurate & repeatable examinations, or execute duties that are physically demanding, really pale, or dirty.

In the fight against corrosion, safety & accuracy are the two major drivers for the adoption of robotics. “Robots do not attract any kind of infections and do not inhale or exhale as they are lifeless beings. They are tools skilful enough for precision exceeding that of humans while collecting a surplus amount of data previously which was unavailable,” says Bob Dahlstrom, CEO of Apellix, an aerial robotics company that has its headquarters in Florida, United States. He further said that “We are at an unparalleled time in history where machines and robots are able to do more than ever before, and it's only just beginning.”

Dahlstrom is a serial entrepreneur and is highly passionate & serious about constructing and designing robotic systems which are software-controlled that protect people from any kind of harm and save lives. He is a systematic presenter on the intention to use robotic systems for non-destructive testing (NDT), inspection, and evaluation (NDE) and has demonstrated this at various conferences. He is also the author of a chapter based on Robotic NDE Inspection in the Handbook of NDE 4.0 and is active with numerous standards bodies for robotic examinations.

“Robots are needed,” Dahlstrom said concisely. He adds further, “They’re something that can be utilized as a tool. Like any other tool, they’re only the right tool in the right circumstance. You don’t pull out a hammer when you need a screwdriver. But if you use these tools properly, you can replace what’s commonly referred to as the dull, dirty, and dangerous work and spend your time as a corrosion specialist on higher-value things. You can delegate a lot of the grunt work, if you want to call it that, to some of these robotic systems. They’re very predictable, and they can do the same thing time after time.”

Read about: OVERCOMING STAFF RESISTANCE TO WORKING WITH ROBOTS

Here are a few examples of the kind of work that robots can perform :

Click here to know about NDT Robotics: The Future of Inspection and Beyond

Today, robotics is a rapid-growing industry. It's quite interesting to know that global robot density has virtually doubled worldwide. The volume of robots per human worker is approximately about 126 robots per 10,000 workers, a figure that is twice as much between the years 2015 to 2020, according to the International Federation of Robotics. Moreover, in 2020 alone, robot density globally leapt from 113 units in 2019 to 126 units. Regionally, Asia has the greatest robot density in 2020, surpassing the global average at 134 units.

Quinn Holub, Gecko Robotics business development manager, says that there are many Asian and European countries surpassing in speed when it comes to the adoption of robotics in the United States. He adds that “The U.S. needs to scale rapidly, which will create high demand for people to not only design and build robots, but to maintain and operate them.”

A widely asked question about robots is - Will robots take all our jobs?

It’s a matter of concern for many qualified & competent corrosion professionals and for protective coatings craft workers too. As the field adjusts according to new equipment and technologies accessible, it may change the expected or desired skill sets and the day-to-day job responsibilities of corrosion/protective coatings specialists.

According to Gladstone International's Gooden - “Robots don’t take away jobs, they make them more upskilled and better for the operators. We are in a market where manual labour isn’t desired, and we have fewer labourers, so using robotics to do 90% of the job means you can get more work done and pay the operators more, as they are worth it."

Gecko Robotics’ Quinn Holub explains that there is rising demand for high-quality technical talent - “There are so many excellent and high-paying jobs in the development of robotics and automation that it would be difficult to find a better career option.”

He explains more & says that “The prediction I want to highlight is that there’s still an enormous amount of work that can only be performed by humans. With state-of-the-art tools, the operator of tomorrow will create unparalleled value to companies across industries."

Gooden also tries to explain to those who actually wish to work with robotics within the corrosion and protective coatings business - “Our industry needs people that have experience in this industry with a passion for robotics. Go to college and learn the high-tech stuff about robotics, but do a really dirty summer job of being a blaster and painter to understand real-life Jobsite issues.”

Apellix’s Bob Dahlstrom says that “Absolutely go for it. Robots and corrosion are here now and in the future. Learn software programming and learn more about the fascinating world of corrosion. This is important work we are doing, and we literally are changing the world.”

Coatings and application technologies for robotics are largely utilized in the manufacturing industry, followed by the healthcare sector. However, the healthcare end-use industry segment is expected to grow at a moderately faster rate throughout the forecast period.

Although robots are for the betterment of mankind. There is a lot of talk surrounding how robots are eating up human jobs. So, an artificially intelligent robot also has pros & cons.

Finally, we do hope that this blog was helpful & enlightening for you. To read more about such interesting articles, check it out here.