A Complete Guide to Ultrasonic Testing For Welds And Steel

Today, we will discuss a non-destructive testing method known as ultrasonic testing but related to welds and steel. Before jumping to the topic, let's first understand what Ultrasonic Testing means!

At present, ultrasonic testing techniques are being implemented in different sectors all over the globe. It is utilized to assess the integrity of the substances. For Instance — Examine whether the welding process has been performed correctly by identifying the welded substance's flaws.

The test is conducted on both types of materials, iron as well as non-iron based! Also, for those substances that are not completely accessible. In addition, because of the benefits of ultrasonic waves, ultrasonic testing has become better at identifying delicate deformities that are not possible to detect easily with the help of radiographic testing. Ultrasonic testing is broadly used in various industries such as aerospace, healthcare, automobile, construction, oil & gas, and many more.

What Is Ultrasonic Testing Of Welds?

This technique utilizes mechanical vibrations, similar to sound waves but of much higher frequency. This testing process starts with projecting a beam of ultrasonic energy directed into the material that has to be examined. After this, the beam transits through the substance with an unimportant casualty, except when the beam is thwarted and reflected back by a deformity.

Then the ultrasonic contact pulse reflection method is utilized as this specific system uses a transducer that transforms electrical energy into mechanical energy. The transducer is then pumped up by a high-frequency voltage, resulting in a crystal vibrating mechanically. Here, the crystal probe comes to be the only source of ultrasonic mechanical vibration.

All these vibrations are transmitted into the test material via a coupling liquid, a film of oil, known as coupling. Now, when the pulse of ultrasonic waves hits a defect in the tested object, it gets reflected back to its original point. Hence, the energy gets back to the transducers. The transducer then acts as a receiver for the reflected energy.

The first signal is the return of the echoes from the deformities, and the echo of the rear surface of the object are all showcased through a trace on the cathode ray oscilloscope screen. The identification, position, and assessment of deformities are possible because the velocity of sound via a given substance is virtually constant. This makes the measurement of distance possible, and the relative magnitude of a reflected pulse is more or less proportional to the size of the reflector.

When it comes to ultrasonic testing, the most beneficial trait is that it has the ability to specify the right position of the deformities in a weld. However, this testing technique requires greater skills, training, and competence. Also, it relies on the application and establishment of favourable testing methods. Plus this method can also be utilized on ferrous and non-ferrous substances. It is also suited for examining thicker parts approachable from one side and can identify finer lines that cannot be detected using radiographic testing methods. 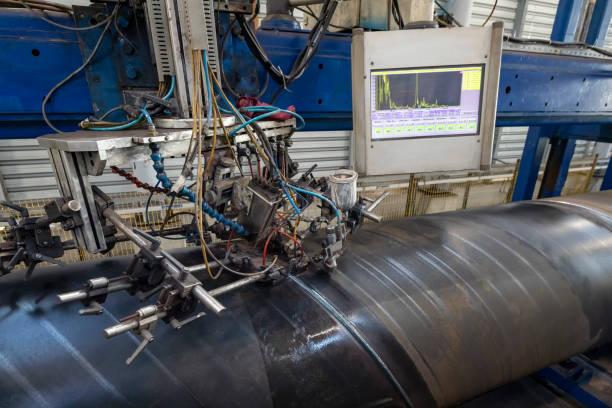 What Is Ultrasonic Testing Of Steel?

Now, we will talk about the ultrasonic testing of steel; as you know, it is a non-destructive method that generally uses extremely short ultrasonic pulse waves with frequencies ranging between 0.1-15 MHz, even though they sometimes turn out 50 MHz. A 1-4 Mhz frequency range is used for common metals. All these pulse waves are then transmitted into objects that will truly identify the internal discontinuities in various metals. They can also be utilized to classify different types of materials.

The sound energy produced in the object is introduced and propagates the material in the shape of waves. If there is a discontinuity in the wave's path, then the energy will be returned from the defective surface. From the reflected indication, knowledge about the position, size, orientation and additional features of the flaw can be obtained.

Ultrasonic testing has several benefits, a few of which are mentioned below:

However, ultrasonic testing also has the below-mentioned limitations: 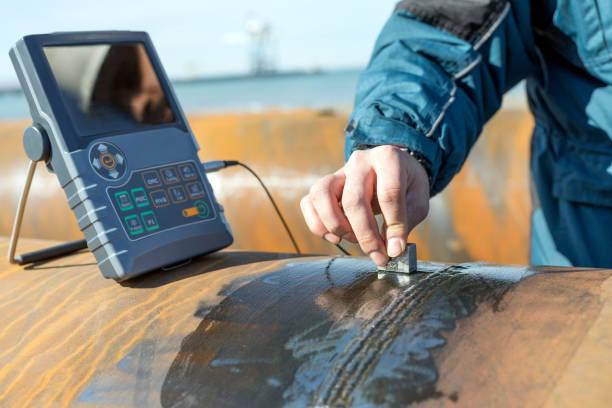 The above-mentioned information is a simplified version & introduction to the non-destructive testing method of ultrasonic testing of weld and steel. However, to effectively conduct testing utilizing ultrasonics, much more skill, as well as information, needs to be gained. Visit our website regularly to read more articles about non-destructive testing methods and if you have any queries, feel free to reach out to us anytime!