An overview of Non-Destructive Testing Techniques In Nuclear Power Plants 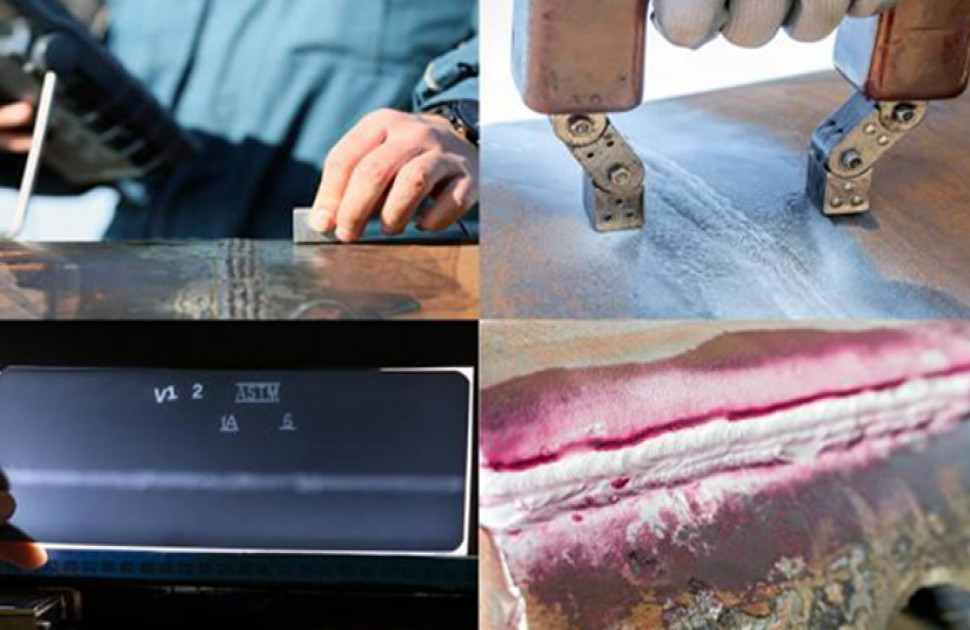 As we know, non-destructive testing methods play a major role in examining the integrity and quality of concrete structures. Non-destructive testing methods assist in specifying possible shortcomings or structural deformities early, so that power generation corporations can deal with them before inflated downtime or loss of power generation potentials arise. Such methods are useful in securing the safety of the power plant and work as evidence to government agencies that the business is proactive in its maintenance and regulatory compliance strategies.

While being important for testing concrete structures, non-destructive techniques are just as important to check mechanical systems and materials such as piping systems, boilers, and heat exchangers. Non-destructive testing can even be utilized to ascertain the integrity of welds and other types of elements, for example, nozzles and valves. These procedures can be applied to a mixture of nuclear plant examinations, which includes metallic and nonmetallic substances.

During a new plant construction, regular maintenance or when a certain substance is reaching the end of its lifetime, such type of testing can be carried out. It doesn't matter what the situation is, testing and inspection are vital to plant operation.

In fact, non-destructive testing can examine the existing situation of a substance or system and thus, authorizes the personnel to analyze whether it is capable of the desirable service and for the remaining service vitality. According to the International Atomic Energy Agency, such type of examination, which can be performed with really less downtime, can actually help the plant personnel to cultivate strategic plans for maintaining the system that could eventually extend its service life. 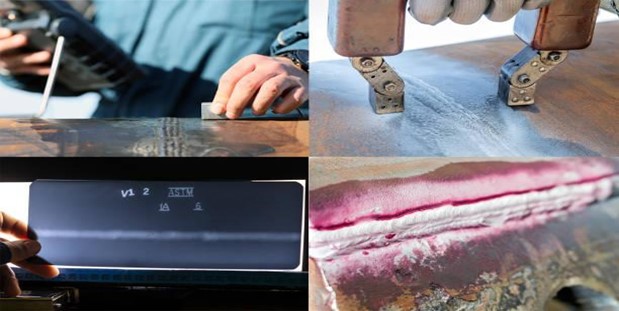 a) Keeping a keen watch on the corrosion of equipment and structures.
b) Analyzing the damage caused by corrosion.
c) Evaluating the integrity of the equipment.
d) Inspecting the system or component if its fit for the desired service.

Now, let's read about the types of testing.

The United States Nuclear Regulatory Commission has named six NDT methods that are the most common ones, which include:

Visual inspection – This method is also known as visual testing (VT). It is one of the oldest and the most basic technique for examining a material to detect flaws. In its easiest form, visual inspection is the procedure of assessing a substance or a piece of equipment by using one’s naked eye to detect the flaws or defects present in that component. Optical aids such as mirrors, borescopes, illuminators etc. can be utilized to improve one’s ability to inspect the component visually. This method can make use of various magnification techniques and completely depends on an inspector’s sight, skill and experience to discover the defects in a material.

Magnetic particle testing –  It is also referred to as Magnetic Particle Testing, is a method that is utilized to observe imperfections on the surface of “ferromagnetic substances,” the IAEA explains. A magnetic field is induced into a specific structure and then sprinkled with small iron particles on top of it. The magnetic field highlights the deformities where the iron particles clasp to each other, making it clear & easy for the inspectors to detect the shortcomings. This particular technique is used to inspect the surface and slightly subsurface defects in most ferromagnetic materials. For example - cobalt, iron, and nickel and some of their alloys.

Moreover, it does not necessitate the degree of preparing the surface of the material which is essentially required in other non-destructive testing methods, making the magnetic particle testing technique relatively faster and easier than other NDT methods. This is why it has become one of the most commonly utilized NDT methods. 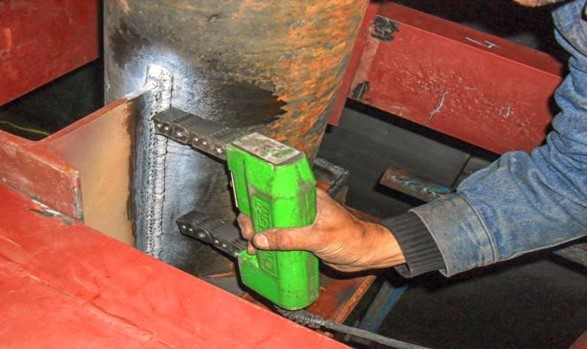 Ultrasonic testing – In this method, high-frequency sound waves are utilized to detect deformities or modifications in the properties of a material. The IAEA stated that the pulse-echo is one of the most often utilized techniques, where sound is introduced into a substance and then bounce back of the waves, or the echo, helps in locating the flaws or defects existing in a material. The frequencies, or pitch, utilized for ultrasonic testing are many times higher than the maximum limit of human hearing, most generally it falls under the range of 500 kHz to 20 MHz.

In industrial applications, ultrasonic testing is broadly utilized on metals, plastics, ceramics and composites. The only widespread engineering materials that are not acceptable or favourable for ultrasonic testing with conventional equipment are wood and paper materials. Ultrasonic technology is also widely utilized in the biomedical field for diagnostic imaging and medical research sectors.

Read More To Know About The Defect Size That Is Accepted In Ultrasonic Testing. 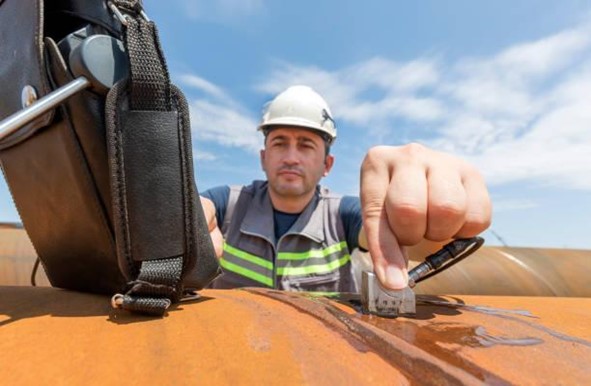 Liquid penetrant testing – Liquid penetrant testing is a non-destructive testing method which is certainly utilized to check for any deficiencies present in the materials, such as cracks. By spreading a thin liquid dye onto the surface of the material, then followed by the application of a developer. The dye and developer bring out the surface deficiencies, together. It is a widespread method utilized to examine any kind of defects in welds, pipes, bars, plastics, ceramics, metals and many other substances.

Here are the Acceptance Criteria For Liquid Penetrant Testing. 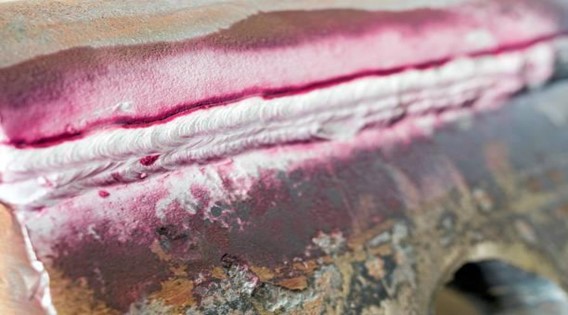 Electromagnetic or eddy current testing – According to the IAEA, an electrical current is induced in a subject which is made of conductive material through an alternating magnetic field. Disturbances occurring in the current flow reflect the existence of deformities or flaws, such as hairline cracks. Eddy current testing can be utilized for a wide range of applications in various industries. It is frequently applied for detecting cracks on the surface and material sorting.

Radiographic Testing – In this method, X-rays or gamma rays are used to take an image to uncover the deformities in materials. It is utilized much in the same way as X-rays are utilized for medical purposes. Radiographic testing is generally favourable for checking welded joints that can be accessed from both sides, with the exception of double-wall signal picture methods utilized on some pipes. However, this is quite a slow and costly NDT method. It is a reliable way to inspect voids in weld interiors, inclusions, cracks and porosity. 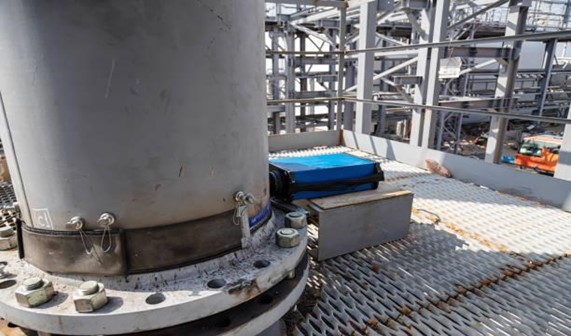 Nuclear power plants should supply continual and uninterrupted power to the electrical grid. Nonetheless, the most essential thing is the safety & security of the general crowd and the employees who are working in the nuclear power plant. Non-destructive testing methods are validated & certified to accomplish both the ideals. Such methods also fulfil the objectives of improving & strengthening the reliability of the assets present in the power plant. New, modern non-destructive techniques are being created and utilized in a lot of applications in various industries to acquire more precise & perfect outcomes to assist in safe, reliable and sensible procedures.

To know more about non-destructive testing, click here - Everything you should know about Non-Destructive Testing (NDT).

Hopefully, this article about non-destructive testing methods in nuclear power plants has been able to serve its purpose of being informative to you. For reading more such blogs, visit our website.  Also, if you have any doubts or queries, feel free to reach out to us anytime.