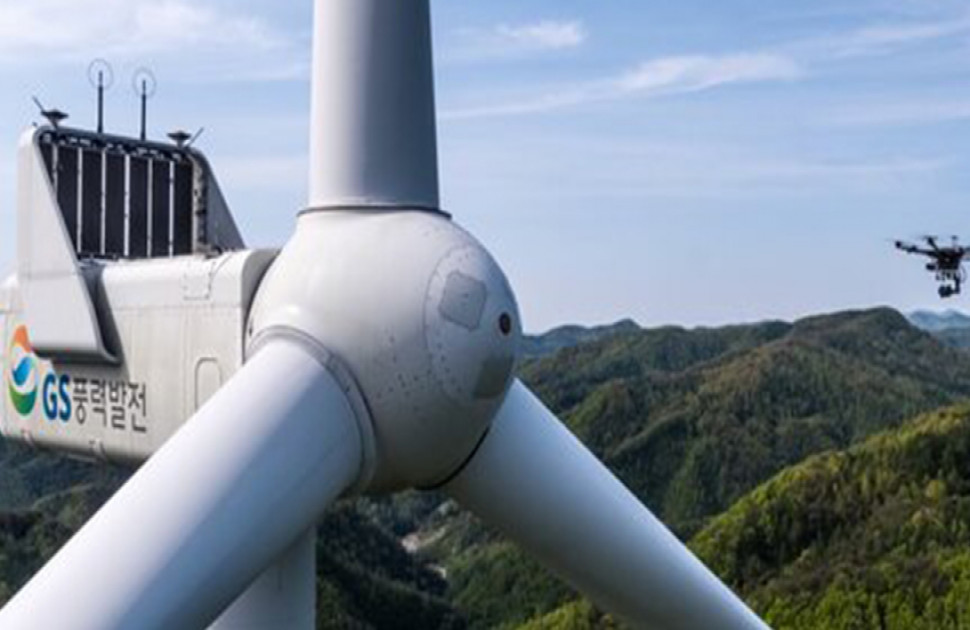 Nearthlab is a Seoul-based company that uses drones equipped with artificial intelligence and laser technologies to help pinpoint potential damage to wind turbine blades and nacelle and reduce the chance of accidents during human inspections.

The autonomous drones are programmed to navigate wind towers using artificial intelligence (AI). At the top of the tower, they take more than a thousand photos of the turbine's blades and nacelle—housing for the gearbox and brakes—to scan for potential defects and estimate the size and depth of cracks. Using AI, the company analyses photographs to identify damage.

The drones work quickly: they take 15 minutes to inspect a tower, compared with the day it takes a human technician to do the same using ropes and a harness. The towers have to be idled for the duration of the inspection, so the faster, the better.

This technology is expected to be especially useful as offshore windfarms continue to grow, eliminating the need for human technicians to conduct dangerous routine and spot inspections.

Other projects are working to go beyond inspection to use drones for repair and maintenance. A recent study found that wind farms designed for maintenance by robots only will be possible by 2050. The MIMRee (Multi-Platform Inspection, Maintenance, and Repair in Extreme Environments) project was funded by Innovate UK and led by OREC (Offshore Renewable Energy Catapult).

“Today, conditions at sea make human-only missions subject to safety risks, delays, cancellations, and extensive turbine downtime. This will not be a feasible way of running the super-sized offshore power stations of tomorrow that lie in deep waters hundreds of miles from shore,” said Ben George of OREC.

Once a defect is found, the mothership sends signals to the turbine to stop spinning and launches a specially adapted drone to the problem turbine. This drone carries a six-legged “blade crawler” robot that latches onto the blade and carries out the repair. UK start-up, BladeBUG, supplied the blade crawler robot to the project. The project developed this robot to be more effective at repairing blades and trained it using an advanced simulation.

As often happens when drones are brought in to do a task previously completed by a human, the industry wants to know the impact on jobs.

Wind turbine service technicians being the fastest-growing job category in the U.S. The Bureau of Labor Statistics expects employment to grow about 60% over the decade that began in 2019.

While it might seem as though automated drones would put a damper on that growth, Bjorn Hedges, plant manager for two Washington State wind farms inspected by Nearthlab, said he isn’t too worried about the technology becoming a threat. “With more wind turbines being built, the workload is increasing,” says Hedges, who works for NAES Corp. “There’s going to be little shortage of jobs.” The facilities’ technicians are now free to focus on performing tasks the drones can’t.

These technologies clearly have the wind at their backs.

Want to hear more about emerging technologies in energy? Join us for the Energy Drone & Robotics Summit, October 25-27, as well as the co-located Renewable Energy Robotics & Drone Forum.