A Monumental Discovery—XRF Sheds Light on the Origins of Stonehenge 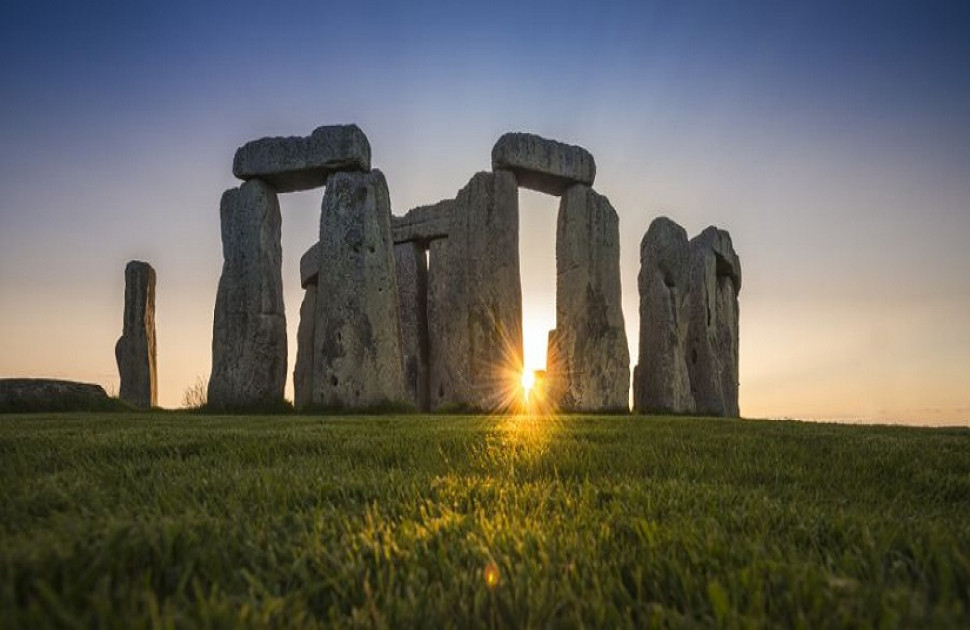 The sun beats down. The coarse rope cuts deeper into your hands. Thirty tons of rough-hewed stone sit in front of you, and you’ve got to drag it across uneven terrain. You don’t have any heavy machinery. You don’t even have wheels—the stone sits on a wooden sled that digs into the earth each time you pull.

It’s backbreaking work, which begs the question: how much farther do I have to go?

About 4,500 years ago, the early inhabitants of what is today England dragged 30-ton stones from the area they quarried them to the Salisbury Plain, and then erected them to create the world-famous monument now known as Stonehenge.

For centuries, explorers and archaeologists have speculated about where these stones came from. About the only thing most people agreed on is that they didn’t come from the Salisbury Plain. It would take hundreds of years, but the mystery of their origin is now being solved thanks to new research and advanced technology.

Analyzing the Architecture of Stonehenge: From Bluestones to Sarsens

While studies have traced the smaller stones near the center of Stonehenge, known as bluestones, to the Preseli Hills in Pembrokeshire, over 200 km (124 miles) away, the origin of the site’s largest stones, known as sarsens, has remained a mystery.

But new research from four UK universities (Brighton, Bournemouth, Reading, and UCL) and English Heritage, the organization that cares for Stonehenge, reveals a likely source. The research team used a novel geochemical approach with X-ray fluorescence (XRF) technology to determine the location.

Keep reading to learn how they made the monumental discovery.

The biggest stones at Stonehenge are known as sarsens. These giant stones form the outer ring of the monument. The smaller stones near the center of the structure are called bluestones. Image credit: Andre Pattenden (English Heritage).

For those who are unfamiliar, XRF analyzers use a nondestructive technique called X-ray fluorescence to determine the elemental composition of a material without damaging it. It works like this: when you run a test, the analyzer emits X-rays that hit the sample, causing the elements in the sample to fluoresce and send X-rays back to the analyzer’s X-ray detector. The analyzer then measures the energy spectrum and provides the chemistry result on the screen. All of this happens in seconds.

As fast, portable instruments, XRF analyzers enable archeologists to analyze large, heavy samples (like sarsens) without needing to bring them into the lab. As a result, researchers can get immediate, lab-quality results in the field.

The XRF results, now published in the journal Science Advances, show that 50 of the sarsens share a similar geochemistry. This meant they originated from one common source.

While Stonehenge scholars long suspected the sarsens came from nearby Marlborough Downs, an area with the largest concentration of sarsen in the UK, the scientists needed a way to confirm the source and pinpoint a more exact location. After all, the Marlborough Downs covers a wide area, and other regions with sarsens, such as Kent, Dorset, and Oxfordshire, could have supplied the stones.

The answer came to them when something unexpected happened—a missing part of Stonehenge was returned to the UK.

So, how did a piece of Stonehenge go missing in the first place? The mystery began in the 1950s.

In 1958, drilling work was completed at Stonehenge to help re-erect a fallen trilithon, a structure made of two upright sarsens covered by a sarsen lintel stone. During the process, the workers removed three one-meter-long (3 ft) drilled-out cylinders, known as cores, from one sarsen stone (Stone 58) to stabilize it with metal rods. While scientists knew analyzing the cores could potentially lead to the origin of the stones, there was one problem—all three cores had gone missing.

For 60 years, the whereabouts of the cores remained a mystery.

In 2018, that all changed. Englishman Robert Phillips, one of the restorers involved in the drilling work, returned one of the cores to the UK right before his 90th birthday, enabling researchers to perform tests on the complete yet fragmented core sample. He had been given the core as a souvenir of the conservation work and had kept it first at his UK office and later at his home in Florida.

Drilling work at Stonehenge in 1958. Cores of sarsen stone were extracted from Stone 58, part of the trilithon horseshoe at the center of the monument. Robert Phillips, who returned one of the cores to the UK in 2018, is pictured left. Image credit: Robin Phillips.

Since sarsens are mostly made of silica, the geochemical fingerprint would be made of the remaining elements (the trace elements). These trace elements vary depending on the sarsen location, so finding a match would enable them to pinpoint an exact source.

With permission from English Heritage, scientists at the University of Brighton first cut three small samples from a section in the middle of the Phillips’ Core. These samples were tested with two technologies, inductively coupled plasma mass spectrometry (ICP-MS) and ICP–atomic emission spectrometry (ICP-AES), to determine the trace elements and construct a geochemical fingerprint for Stone 58.

When the fingerprint was compared to equivalent ICP-MS and ICP-AES data collected from sarsen samples in 20 regions across southern England, it matched the West Woods in the southeast Marlborough Downs.

This discovery provides some additional insight into the historic monument, but it also brings up new questions:

To answer them, archaeologists will need to continue their research using advanced technologies like XRF.

To learn more about the role of Olympus XRF analyzers in this breakthrough and other discoveries, read more about the research project and explore the applications of our newest handheld XRF instrument, the Vanta analyzer.

Michelle has more than 9 years experience in marketing communications and works in Olympus' Analytical Instruments business to promote X-ray fluorescence and X-ray diffraction analyzers. She works with product, engineering, and applications groups for new product launches, to create webinars, and to write application notes.