The Evolution of NDT Training 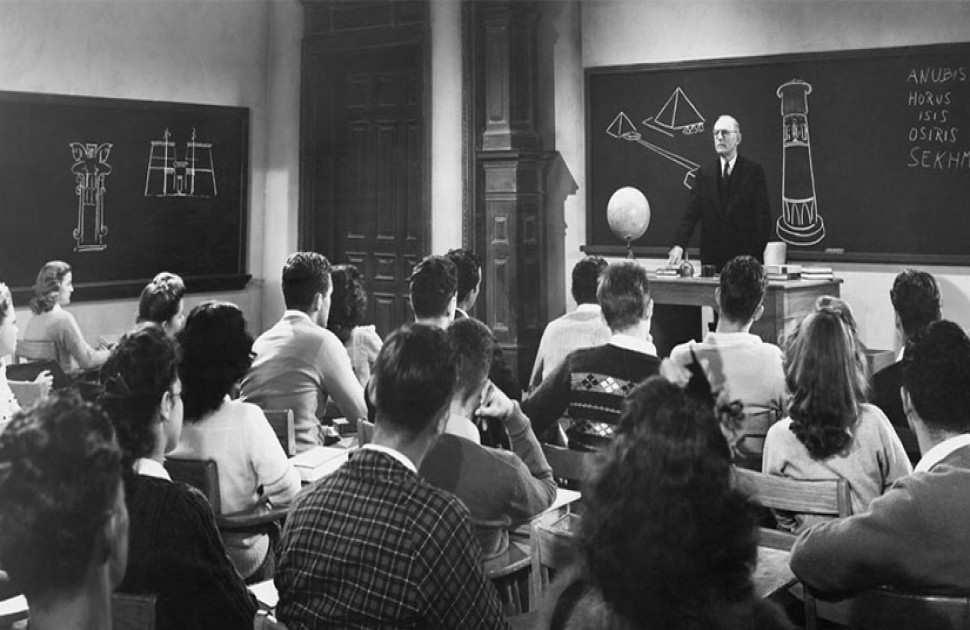 The technology of nondestructive testing has experienced phenomenal growth over the past two decades and it is expected that this growth will continue for the foreseeable future. The need for training has always been essential to this growth but there was a time when this was not so. In the early days of NDT, training was mostly unorganized and consisted of on-the-job efforts. An experienced practitioner would pass on their skills to a “helper” by the “show and tell” method. There was little to help this effort in the way of training materials. In 1964, a draft document was developed by a Task Group, then approved for publication by the Technical Council for the membership of SNT (prior to the name change to ASNT) to review and comment. That document was referred to as “SNT-TC-1T; the “T” was an abbreviation for “Tentative.” It would ultimately be changed to SNT-TC-1A. The “TC” referred to the Technical Council. Once approved by the board of directors in 1966, the training that was recommended began to seriously be considered as essential to the NDT process.

The American Industrial Radium and X-Ray Society (AIRXS), the forerunner of the Society for Nondestructive Testing (SNT), was founded in 1941 and there was almost immediately a realization that there was a need for radiographer training to support the war effort. As a result, several colleges and universities established courses in industrial radiography including the Illinois Institute of Technology, University of Minnesota, Century College (Chicago), Marquette University, Massachusetts State Department of Education, Michigan College of Mining and Technology, Canisius College (Buffalo, NY), University of Illinois, Columbia University School of Mines, and Hillyer College (Hartford, CT). But most beginners had to learn how to be a radiographer from those who already had experience.

The U.S. government also provided some limited training. For example, on March 11, 1943, the War Production Board held a clinic in Chicago dedicated to radiography and promoted other methods including penetrant and magnetic particle testing. It was not much, but it was a beginning.

An early report indicated that Magnaflux Corp. conducted fifty-five training sessions between 1941 and 1945, with some 5,000 in attendance. The War Production Board’s clinic was involved with that effort.

Since NDT training was virtually non-existent, many employers depended on experienced employees to provide training on a limited basis. Some manufacturers of NDT equipment would include minimal training materials with the purchase of their products. Motivated employees could also learn through self-study efforts using the training materials available at that time. Those early courses offered by the equipment manufacturers presented the basic principles of the method, but emphasis was placed on the operation and application of the equipment. Some of the manufacturers offering these early courses included:

These courses were one-week in duration and offered at the Picker Research Center in Cleveland. The first part of the week covered the use of radioactive isotopes and the second part, X-ray radiography. It was intensive but quite comprehensive and covered many of the subjects necessary for effective and safe radiography.

This one-week course was held at the Magnaflux facility in Chicago. It covered the principles and techniques of penetrant testing and magnetic particle testing and included practical lab demonstrations with hands-on exercises. Later, other methods including basic ultrasonic and weld testing, radiographic testing, and eddy current testing would be added.

Basic one-week ultrasonic and weld testing courses were scheduled at various locations and at their facility in Stratford, CT. They also offered in-plant training courses on request.

Scheduled and in-plant courses on the major NDT methods were offered under the name “Sperry Schools for NDT.” Most of the courses were conducted at the Automation facility in Columbus, OH. Much of the equipment used in these courses were manufactured by Automation, but students were encouraged to bring their own.

A three-day course was offered at the Branson Instrument facility in Stamford, CT. This course covered everything “one would need to know” about ultrasonic principles, techniques, and applications for that time. The afternoon sessions consisted of comprehensive hands-on lab exercises using the instruments manufactured by Branson.

OSU offered a unique intensive two-week summer course in the 1950s and early 1960s. Dr. Robert McMaster was the primary instructor, and volunteers from several NDT equipment manufacturers assisted him. Throughout the course, the students were encouraged to develop test questions on the various subjects that were covered. The questions were reviewed by the instructors and included in the final course examination. The students whose questions were chosen were given extra credit on the final exam.

There were other early efforts to provide NDT training by Don Bosco Institute, Spartan School of Aeronautics Sacramento State College and others not intentionally excluded in this article.

Short courses were offered by a number of local sections starting in the 1950s. In an early issue of Materials Evaluation, it was reported that there were over 100 attendees at the Westinghouse Electric building in Philadelphia. The theory, applications, and test results of NDT with emphasis on radiography and ultrasonics were the topics. (Also offered at some of the conferences.)

The Western New York, Chicago, and Boston sections were offering courses in 1955 with others planned for spring 1956.

The Northern California section in cooperation with the American Society for Metals, advertised a ten-week course on radiography and the New York section reported that there were over 60 students attending a class on “industrial radiography” at two different locations.

There were also individual efforts to provide NDT training courses. In 1966, Paul Dick, who was employed by General Electric in King of Prussia, PA, offered evening courses at the Temple University Technical Institute in conjunction with the Philadelphia Section of ASNT.

In the 1960s and onward, more and more companies recognized the benefits of offering scheduled courses at their facilities, mostly using the “chalk and board” technique. Not only did it provide exposure to their equipment which were used in the hands-on lab sessions, but it also resulted in a source of additional income. It was quite convenient to add “training courses” in their advertisements. Some companies never conducted the training and inquiries were forwarded to recognized training schools in operation at the time. Unfortunately, there were examples of courses that were held as scheduled, but unqualified personnel who just happened to be available did the teaching. This surely was an early indication that some type of oversight was needed to assure that the training was appropriate, and the instructors were qualified. In the 1960s and ‘70s, ASM and ASNT co-sponsored a one-week course on the subject of “The Fundamentals of Nondestructive Testing.”

For years, ASNT has published a list of training institutions offering courses in NDT in their annual Ready Reference publication. Currently, the list can be found on their web site and includes the number of institutions by category:

Courses offered cover virtually every NDT method, level, and technique. NDT training has reached a new high. But do all these courses meet the necessary quality and content parameters?

Without a formal oversight process, there have been issues that still exist today:

The total number of actual training hours provided by the various NDT training organizations vary greatly. Courses advertised to be 40 hours for example, do not always provide a total of 40 contact hours. Some course days start late and end early. Many times, there are far too many breaks with long lunches, and some courses end at noon or earlier the last day when the final course examinations are usually administered. Some of the lost time may be compensated for, to a degree, by homework and reading assignments, if they are completed. Overall, there is a need for defined guidelines that clearly articulate the key elements of the training course structure.

Over the years, there have been training certificates that were found to be falsified. Some have resulted in litigation. In one case, blank certificates were filled in with the names of individuals, course subjects and levels, dates of the courses and the ASNT section providing the courses. The person who falsified the certificates inadvertently used course dates that were prior to the date the section was formed. In another case, an individual purchased blank certificates and filled them in with his own name, course dates, course subjects (five different NDT methods), and the name of a recognized NDT school. He signed the instructor’s name—one who had never taught courses for that school! These are only two examples and there are more. It points out the need to confirm that claimed training was taken and satisfactorily completed.

There are virtually no rules or requirements that address the qualifications of NDT instructors. SNT-TC-1A simply states that “all NDT training programs shall be conducted by a qualified instructor……” NAS 410 on the other hand, requires that instructors “have the skills and knowledge to plan, organize, and present classroom training and practical exercises in accordance with approved course outlines.” ANSI/ASNT CP-189 contains several qualifications for an NDT instructor.

Moving forward, there should be defined criteria developed to address the specific qualifications to provide assurance that the instructor will effectively present the course.

There are significant variations in the course content and delivery techniques. Even though ANSI/ASNT Standard CP-105 offers topical outlines and specifies the body of knowledge to be used as part of a training program, inconsistencies in course content remain. Training manuals and student handouts are not always current, relevant, or legible.

The Need for Hands-on Practical Training

The Need for NDT Training Schools to be Accredited

Back in the 1970s, ASNT considered initiating a program for the “accreditation” of organizations offering NDT training courses, but it was never developed. With the advent of so many organizations claiming to offer NDT courses, it is incumbent to consider accreditation once again. NDT training is a key element of personnel qualification and, for far too many years, there has been inadequate courses, unqualified instructors, and substandard facilities. It is hoped that this will be changed in the future with some form of oversight by an independent body to assure that all NDT courses meet the highest standards. The NDT world needs this.

There are some major challenges in order to maintain an effective NDT training program. Codes and specifications are periodically revised, techniques are modified or improved, and new equipment become available. There is also a constant need to revise course manuals, handouts, quizzes, and tests. The most effective training organizations employ dedicated full-time instructors with management support. Many contract instructors do not have the responsibility to manage the changes and updates necessary to provide excellence in training. The author therefore recommends that NDT educational organizations with a full-time staff and state-of-the-art facilities be given preference when selecting a training source.

Online NDT courses became available in the early 2010s and have become extremely popular for many reasons. At first, many potential users were reluctant since it was not generally embraced, but once the benefits and cost savings were realized, it became widely accepted. One of the concerns had to do with the practical (hands-on) lab exercises which is a vital part of NDT training. Along came “blended” training that could be accomplished at the student’s company under the guidance of the Level III. Also, an instructor could be assigned to oversee the practical training.

There are also efforts being considered to provide remote online practical training. There will be more on this subject as it becomes available.