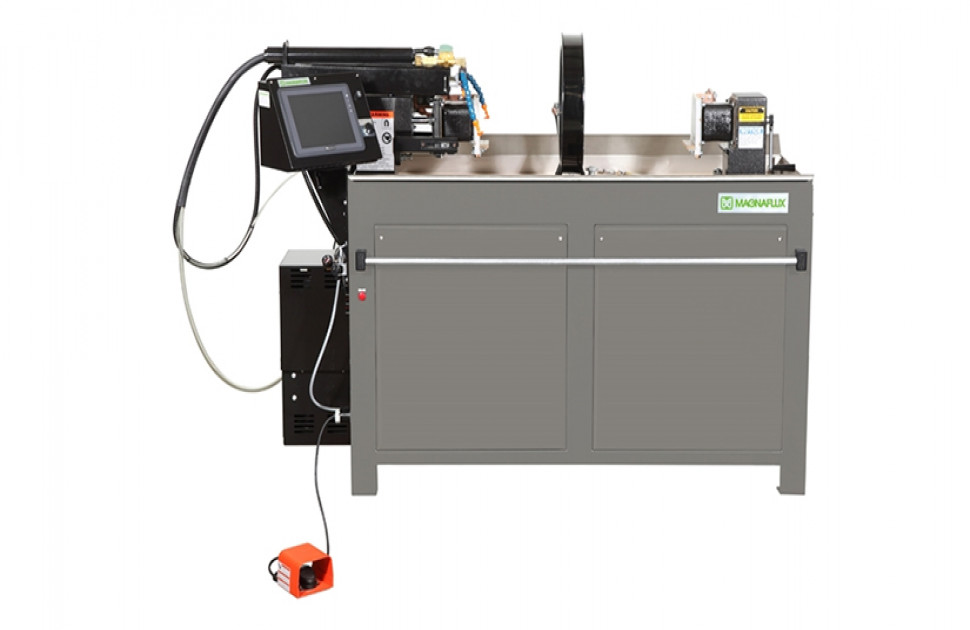 The benefit of using this method is time savings. In some cases, a part may require multiple mag shots, thus requiring the same number of inspections. With this method, depending on the part geometry, it can be done with using only one mag shot and inspection.

Multi-directional testing has been used to process magnetic jet engine blades both at manufacture and at overhaul since 1950. In addition, MD testing was also successfully used in the years that followed on aircraft bolts, studs, wrist pins, gears, spindles, connecting rods, and small castings and forgings. Since defect orientation could never by reliably anticipated, a balanced flux field for all areas had to be attained. Sometimes even a slight change in headshot current could knock out the effect of coil current completely. Therefore, there was always one basic set-up requirement: each application had to be qualified using a group of parts containing minimum size defects. In addition, the set-up had to be requalified each time another run of parts was to be inspected. For production inspections, the added time could be justified.

However, not all parts lend themselves to MD testing. For large parts, three phase, full wave DC magnetizing is used for the majority of applications. These parts are typically large steel castings, such as landing gear for aircraft. The output on these units range from 6,000 to 10,000 amperes. If the parts don’t lend themselves to a wet bench design, a cable wrap can be used in conjunction with a current generator (power packs), and those outputs range from 10,000 to 20,000 amperes. Whether a wet bench or current generator, both offer reversing DC demagnetization.

The first general purpose of MD units was for small parts where it made use of two magnetizing coils wired “aiding” to provide a uniform longitudinal field. However, many of the parts considered for MD processing had a low L/D ratio requiring the addition of flux flow coils. These flux flow coils help solve the L/D issue by providing an additional magnetic field on both sides of the part. These flux coils are positioned behind the head stock and tailstock.

When setting up an MD-Series wet bench today, a QQI is the most common way to ensure a balanced field. The QQI is adhered to the part, and starting at a very low amperage, with the necessary current type required, the operator will gradually increase the amperage levels until a clear bright indication is developed under UV light. There are different depths and styles of QQI’s on the market today, including a circle or cross.