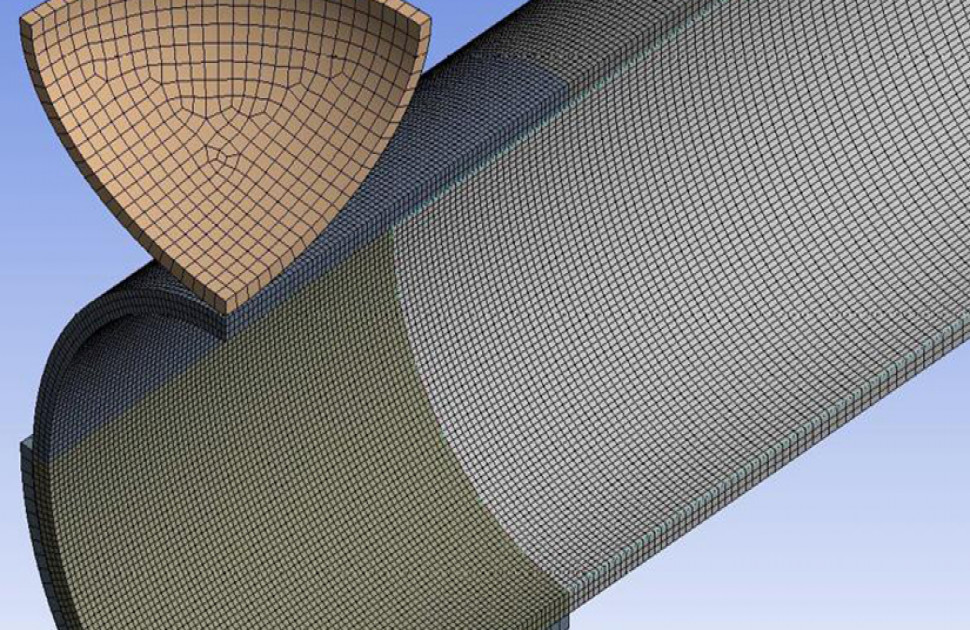 Dents are among the anomalies which may be a threat to safe operation of pipelines.

The objective of the study was to improve the value of the results of the LSM inspections carried out for pipeline operators. Dents with a depth of 5%, 10 %, and 15% were indented on X42 pipes of 150 mm (6 inches) diameter, 7 mm wall thickness and 12 m length. Multiple gauges were located around the area of the dents to measure strain during indenting.

Mechanical behavior was simulated using the Ansys finite element software to assess accurately the stress distribution around the impacted area and confirm the data recorded using the gauges. Before and after making the dents, magnetic properties were measured using high resolution three-components fluxgate magnetometers at several heights above the pipes on a proprietary test bench developed by Skipper NDT.

This paper describes the experimental trials and the results in terms of magneto-mechanical behavior. It is concluded that LSM technology can be used to improve the detection and characterization of dents on pipelines.... (read more)