Look, Up in the Sky—Aerial Robots Autonomously Measure the Thickness of Steel 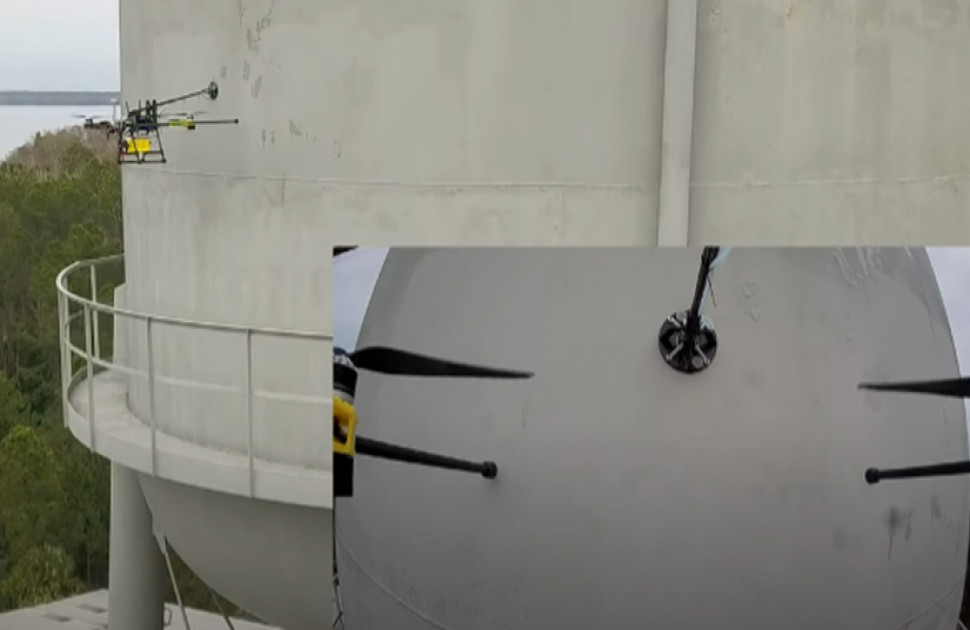 Apellix™ is taking on corrosion control via aerial robotic systems. Also known as uncrewed aerial vehicles, UAVs, or drones, these aerial robots are software controlled for precision flight and automation.

Based out of Jacksonville, Florida, USA, the company is an Olympus OEM provider and has integrated our 38DL PLUS™ (38DLP™) ultrasonic thickness gauge on their aerial robotic system to autonomously measure paint, steel, and metal thickness. We chatted with Bob Dahlstrom, Apellix CEO, to learn more about the system and how it works.

Apellix got its start with autonomous painting, coating, cleaning, and surface prep. Over time, the company recognized the need to measure the thickness of paint on industrial assets forged with steel and metal. This includes:

Safety is the highest priority in the oil and gas industry, and unplanned downtime is costly. A robust NDT program is important to help maintain the safety of people and the environment and to keep infrastructure assets operating efficiently. Ultrasonic testing is a widely accepted NDT method to measure remaining wall thickness and perform corrosion inspection. One of the major advantages of ultrasonic testing technology is that thickness measurements can quickly and easily be made from one side—with no need to cut parts.

Ultrasonic thickness gauges are often used to determine the thickness of a material where an inspector only has access to one side of the part, such as a pipe or an aboveground storage tank, where simple mechanical measurement is impossible or impractical due to size or access limitations.

Ultrasonic thickness gauges work by measuring the time of flight it takes for a sound pulse, generated by an ultrasonic transducer, to propagate in a test piece and reflect back from the opposite surface. Ultrasonic testing of corroded metal is usually done with dual element transducers. Because sound waves reflect from material boundaries, timing the echo from the far side of the test piece can be used to gauge its thickness, in the same way that radar or sonar measure distance.

The Apellix aerial robotics platform combines precision, reliability, and continuous performance of a robot with the flight capabilities of a drone for safe, cost-effective maintenance and testing of hard-to-reach places (including ATEX Zone 2 potentially hazardous environments).

Inspecting at height is expensive, slow, and dangerous. The Apellix system eliminates the need for lifts, scaffolding, or rope work.

“Industrial inspections are necessary and critical but can be dangerous and expensive. Aerial inspection robotics and automation help organizations improve safety and reduce costs. We engineer safer industrial workplaces by programming drones to perform tasks in dangerous environments, with the worker safely out of harm’s way,” explains Bob.

Aerial drones work well at height but are not designed for repetitive tasks. Industrial robots can safely perform repetitive tasks for extended periods of time but cannot fly.

The aircraft includes an articulating robotic arm with an end effector, a device at the end the arm that physically contacts the material being tested. The end effector contains the inspection measurement equipment, such as an ultrasonic thickness dual element transducer.

What Is Autonomous Flight?

Autonomous flight refers to aircraft that can fly independently. With autonomous flight on the Apellix aerial robotic system, the pilot (i.e., operator) positions the aircraft near its inspection target and selects Start on the user interface. An onboard computer takes over, performing flight control and testing before returning the aircraft to a station or safe zone to receive further instruction.

The 38DLP gauge inspects and performs measurements using its ultrasonic thickness technology. The aerial robotic system automatically dispenses couplant over its dual element probe tip prior to each contact measurement and before placing the probe against a wall surface. The user interface includes an option for the pilot to add additional couplant if needed. 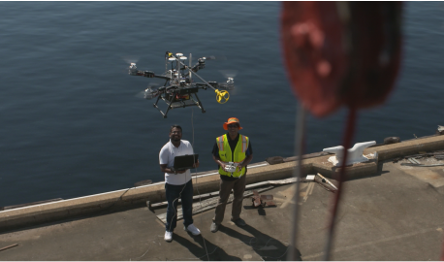 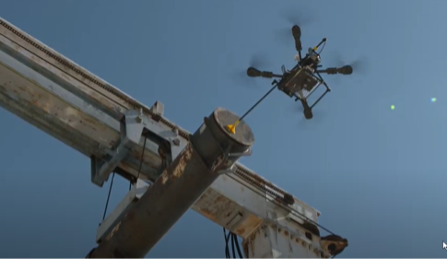 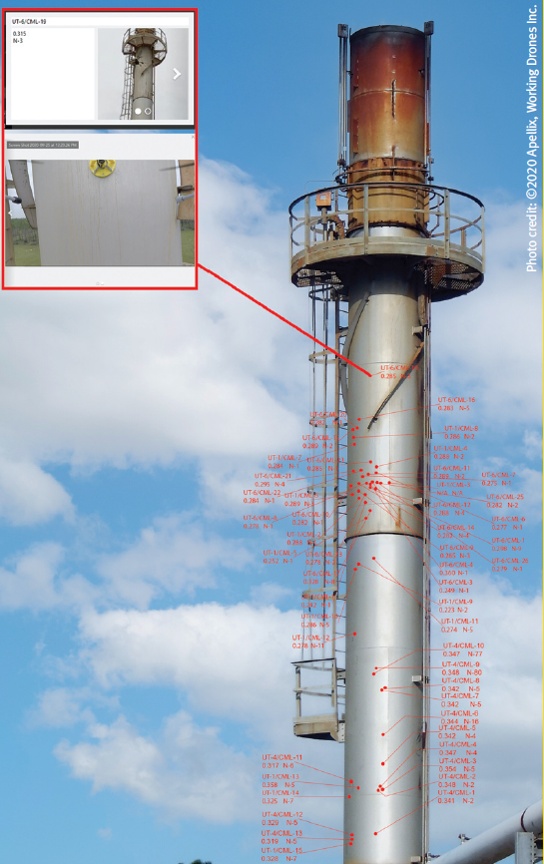 Once sufficient readings are obtained, the aircraft backs away from the targeted wall and returns to a safe position awaiting navigation to a new area. Data can be reviewed in real time on the ground at the test site or securely in the cloud. The full data is also available as an Excel or CSV file for review and record keeping.

As stated in a news release, Apellix aims to “integrate existing technology into our robotics platform and make it work better, safer, faster, and with more robust results. We create economic value by improving on human performance, by eliminating or reducing the need for scaffolding, manlifts, or workers suspended by ropes, by turning high-value assets around quicker, and by bringing science to the worksite through our introduction of computer control and data collection. In certain applications, such as testing a 100-meter-tall refinery flare stack, our aircraft can save $5 or 10 million in downtime, and up to a million dollars in scaffolding costs on a single project.”

As industries look to make inspections cost-effective, easier to perform, and more thorough, the adoption of robotics continues to grow rapidly. In fact, the inspection robots market is expected to reach $13,942.5 million by 2030. Precision-controlled aerial robots can help thoroughly detect and predict corrosion, leaks, and defects in hard-to-reach places while maintaining operator safety.