Guided wave ultrasonic testing tools, commonly referred to as rings or transducer collars, are designed to be made up of several rings of transducers that are positioned radially around the circumference of a pipeline. A single ring of transducers will propagate and receive ultrasound from both scan directions. This obviously causes problems as it's difficult to determine which received signals came from which direction. To get around this issue, a second ring is introduced. Having two rings of transducer allows the direction of wave propagation to be controlled. We take a closer look in this article.

There any many different types of guided wave collars available depending on the manufacturer. For torsional wave, most collars available employ a two-ring system with various ring spacing options. The spacing between the transducers influences which frequencies are available for testing. Typically, with two-ring systems, there is an optimum frequency range at which the rings produce higher output signals due to constructive interference. There is also a frequency range in which the opposite happens; the output of each ring is reduced by destructive interference.

Let's look at some examples.

This ring spacing option provides a broader range of usable frequencies compared to other commercially available technology without the need for an additional ring of transducers or changing connections between tests.

A wider range of frequencies with fewer total transducers and less connections!

In addition to having a wider range of frequencies at its disposal, you may wonder what other features the new Sonyks collar offers.

Not all improvements to the new Sonyks piezo tools are technical. There have also been many practical improvements, for example, the single connector.

It's the first piezoelectric collar with an actual single connector at both the collar and unit end. This feature simplifies the setup process and, along with other Sonyks features, offers significant productivity improvements.

The piezo collars are now equipped with a newly designed quickfire latching system. This new feature means that the tooling can be attached and removed from the pipe quickly and simply, without the need for any manual force. I know this can be an issue with some collars on the market.

The design team put a lot of thought into the new Sonyks collars; they are much more flexible making them more portable, easier to pack, and ship. The level of detail in the design has surprised early customers by providing subtle features that they didn’t know the needed but now cannot do without like the addition of D rings to lift the tool via lifting lines and carabiners. This feature is handy when deploying the system offshore when rope access is required.

To summarize the experience of using the new Sonyks piezo-tooling, it has been a revelation to use in the field. With the broadest frequency range, its lightweight and portable nature, along with a single connection between the instrument and the collar all make the Sonyks piezo-tool genuinely best in class. Don’t take my word for it though, request a remote demo with our team! 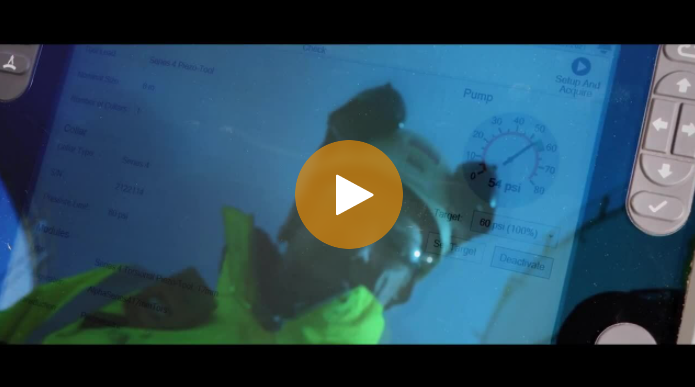 Eddyfi Technologies is dedicated to providing the industry leading technology responsible for helping keep everything, everywhere, and everyone safe. Contact us to discuss your next inspection challenge and stay Beyond Current.