FAMOUS FACE GETS A LESSON ON SURVEYING AND UTG 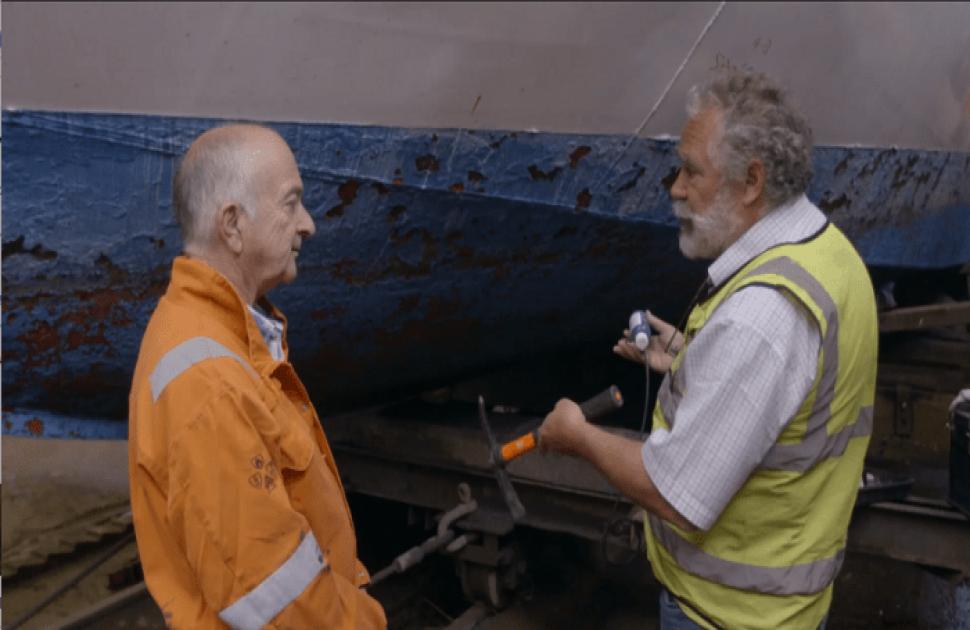 Cygnus Instruments was founded in the 1980s in the South West of the UK by a marine surveyor to supply equipment to the surveying industry that was small, rugged and produced quick, accurate and reliable results.

Mr John Heath, a highly experienced and respected Marine Surveyor with over 40 years experience is also the current Technical Director for the IIMS. John recalls using his first piece of Cygnus equipment back in the 1980s. “I certainly remember using the very large oscilloscopes, pencil and tracing paper to conduct diminution surveys – and naturally I recall what a revolution it was for our industry when Cygnus launched its first Single Echo and then Multiple Echo thickness gauge. The Cygnus units were very much designed for marine surveying, with a real focus on simplicity and ruggedness; Cygnus equipment has always been waterproof – as the job can of course get pretty messy and wet!”.

Cygnus developed the Multiple Echo technique in the 1980s in conjunction with IACS (International Association of Classification Societies). This special ultrasonic technique that uses a “single crystal” probe uses multiple back wall reflections to both ignore coatings (such as anti fouling paint) and to give an extremely accurate and reliable result. The technique has truly stood the test of time and is still a necessity for permissible equipment used by IACS-approved service providers. 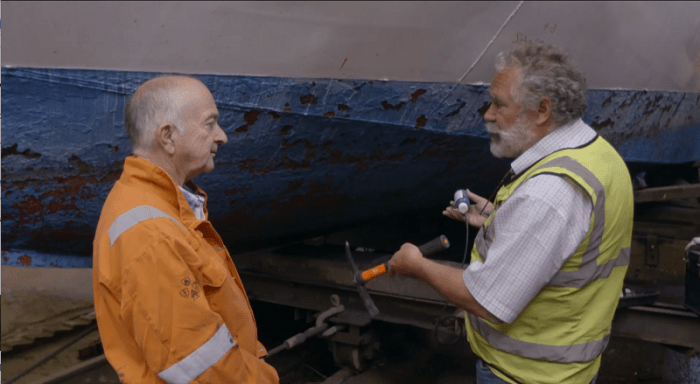 Recently, John received a huge surprise when he was conducting a purchase survey on an ex-passenger vessel on the River Thames. As he was taking measurements with his Cygnus 4+ thickness gauge – in order to calculate loss of plate – a very famous face approached him from within the boatyard. The face was none other than Sir Tony Robinson – a British ‘national treasure’ who is a prolific creator of factual and historical documentaries about the UK, (but is perhaps most famous for playing Blackadder’s sidekick – Baldrick!)

Sir Tony was filming a series for Channel 5 called “The Thames: Britain’s Greatest River” and he and his team were in in the same boatyard where John and his team were working. Sir Tony approached John on the slipway and, much to everyone’s amusement, Sir Tony broke off from filming to be given a lesson on marine surveying and ultrasonic thickness gauging.

“It was quick and easy to show Sir Tony how to use the Cygnus 4+ gauge because the Cygnus products are so easy to use and accurate. He was really very interested in the whole process of what we were doing and why”, said John. 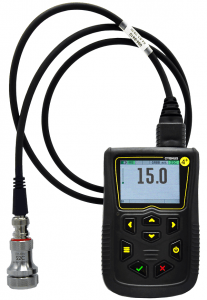 Cygnus equipment has come a long way since its original launch in the 1980s. All gauges are wrapped in soft rubber and drop tested to Military standards (MilStd 810G) as well as being completely environmentally sealed – and waterproof to IP67. The range of Cygnus gauges is now extensive; all units still have the Multiple Echo technique as standard but now A-Scan displays, data logging and twin crystal probes can all be added to the gauges to permit them to be used in almost every scenario and on almost any application.

Cygnus Instruments remains very proud to be manufacturing products of the highest quality here in the UK. All Cygnus gauges have a 3 year warranty. Please be in touch if we can help with your thickness gauging application.

Visit the Ultrasonic Thickness Gauges page to learn more or get a free quote.