3 Microscopy Techniques that Transform the Ordinary into the Remarkable 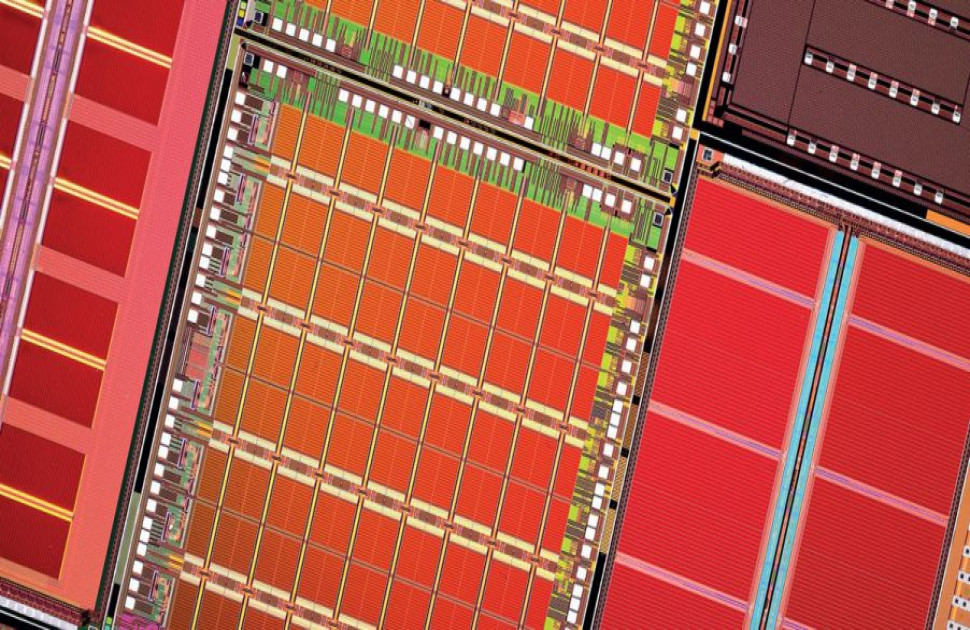 What is the object in this image? It’s an extreme close-up of photography equipment captured by microscopist Xie Rui. Revealing brilliant colors and intricate patterns, it is also an excellent example of using microscopy to transform everyday objects into something visually stunning!

Evident’s Global Image of the Year (IOTY) Scientific Award recognizes the best in light microscopy imaging from around the world. For the past 4 years, the award focused on the life sciences. For the 2022 edition, however, we’ve opened up the competition to the materials sciences to showcase the diversity of scientific exploration.

Past IOTY submissions from the materials science realm demonstrated to us that even the most difficult specimens can be beautifully captured with the right techniques. To encourage more materials science microscopists to explore their artistic sides, we’re presenting three remarkable imaging examples and explaining how they were created using contrast-enhancing microscopy techniques.

Calling All Microscopists with An Artistic Eye

You can use these illumination methods to create beautiful images, and then enter up to three of your best for a chance to win one of the great prizes in our IOTY 2022 competition. You can also download and use these images as eye-catching backgrounds or wallpaper on your computer or device.

This stunning image shows the surface of a transparent crystal. Though a crystal looks flawlessly smooth to the human eye, DIC microscopy exposes minute features that are normally invisible. This is somewhat similar to satellite photographs that reveal Peru’s mysterious Nazca Lines, which are hidden from view unless we observe them in a certain way.

The DIC technique is able to highlight miniscule height differences through color contrast by splitting polarized light through a DIC prism. These divided beams of light are reflected at the surface of the specimen and any differentiating height discrepancies change the light’s characteristics. The discrepancy can then be viewed in a DIC image, which creates the illusion of three dimensions by highlighting height differences through color and intensity.

This method can assist in evaluating specimens with extremely small height differences within its shape, such as magnetic heads, minerals, hard disc surfaces, polished wafer surfaces, and metallurgical structures.

Snowflakes are exquisitely different, but there is one underlying pattern that is rarely broken: the unique patterns of snowflakes always have six sides, as shown in this spectacular example. This image, which was acquired using darkfield microscopy, depicts the shining shape of a natural snow crystal known as a stellar plate. It’s characterized by the six broad arms that form a star-like shape. Since this is a snow crystal and extremely susceptible to heat, the photographer would have needed to keep it cool and even protect it from the energy of light sources so that it didn’t melt—which makes the image even more exceptional.

Darkfield microscopy uses oblique illumination to improve contrast in specimens that are challenging to see under standard illumination conditions. This technique excludes the unscattered beam from the sample, resulting in the field around the specimen being dark and only the edges of the crystal being illuminated. The specimen is obliquely lighted with a ring light that is not visible in the resulting image since it isn’t captured by the objective lens. This produces the striking appearance of bright objects on a very dark background, offering a high level of contrast for specimens that are normally difficult to view.

With the use of this microscopy technique, the user can detect even the tiniest scratch or imperfection. Mineral and chemical crystals, colloidal particles, dust-count specimens, thin slices of polymers and ceramics with tiny inclusions, porosity variations, or refractive index gradients are good candidates for darkfield illumination.

Isn’t this image mesmerizing? It shows the feather-like formations of potassium and iron sulphates using polarized light microscopy. These sulphates are crystallizing, which is when atoms or molecules assemble into an organized solid via nucleation and growth. Crystallization can be seen when snowflakes are formed from freezing water vapor in the clouds, or when you break the seal on a handwarmer and it begins to crystallize and release heat.

Polarizing light microscopy is a contrast-enhancing technique that enables you to evaluate the composition and three-dimensional structure of anisotropic specimens—which are those that exhibit different properties when observed from different directions. In this technique, polarized light is generated by a set of two filters known as the analyzer and the polarizer.

Most solids are anisotropic and have optical properties that vary depending on the orientation of incident light. Polarized light microscopy can be used to give characteristic contrast or coloration according to a sample’s refractive properties.

You can use this technique to highlight the features of various substances such as metallurgical structures, minerals, and liquid crystal display (LCD) and semiconductor materials.

There are many approaches available in microscopy to enhance contrast, particularly when working with inherently low-contrast specimens, such as transparent or unstained samples or samples that exhibit a range of refractive indices depending on the orientation of light. Darkfield and polarization techniques are particularly well suited for those new to microscopy and are a good place for anyone to get started!

Your Chance to Win a New Upright or Stereo Microscope

Have you already acquired microscopy images that you think are beautiful, or do you feel inspired to try to produce some? There’s still time to submit your entries for the 2022 Global Image of the Year Scientific Light Microscopy Award! We’re accepting life science and materials science submissions up until February 28, 2023, at 12 p.m. JST (February 27, 2023, at 10 p.m. EST).