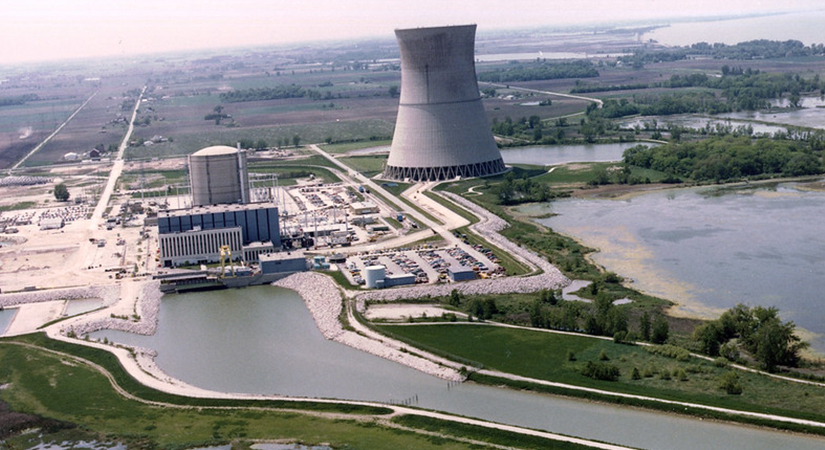 Ethical violations that escape detection at an early stage can cause critical failures over time. In the examples that follow, defects were detected and conscious decisions were made to not report the damage. The continued operation of the plants involved was considered more important than the potential for their failure. As you read through these examples, consider the influences that may have played a part in the misrepresentation or suppression of accurate and timely reporting.

On 3 August 2001, FirstEnergy Corporation, owner of the Davis-Besse Nuclear Power Station located near Oak Harbor, Ohio, received a bulletin from the Nuclear Regulatory Commission (NRC). Primary water stress corrosion cracking had been detected in several plants with pressurized water reactors (PWR) like the one at Davis-Besse. The NRC bulletin required all PWR licensees to provide information on their programs for inspecting vessel head penetration. The NRC wanted to know how susceptible each of the plants was to cracking, what steps had already been taken to detect cracking, and what plans had been formulated for addressing the cracking problem in the future.1

In the months following issuance of the bulletin, as the NRC contemplated whether to impose the first safety-related shutdown order for a nuclear plant since 1987, FirstEnergy Corporation submitted documentation for successful prior inspections conducted at the Davis-Besse plant. Based on the documentation and oral information from Andrew Siemaszko, reactor coolant system engineer for the facility, the NRC allowed FirstEnergy to delay shutdown of Davis-Besse until a scheduled refueling in February 2002. A jury would later learn the documentation was based in part on false information from Siemaszko regarding his own inspections of the reactor vessel head and video inspections made by others as well.2

Inspections conducted during the refueling shutdown determined that five of the 69 control rod drive mechanism (CRDM) nozzles had developed axial cracking. Three were leaking borated water from the reactor coolant system. Nozzle repairs were performed remotely from underneath the head. At the completion of repairs, as a machining apparatus was being removed, the number three nozzle “tipped in the downhill direction until it rested against an adjacent CRDM.”3 Removal of the number three nozzle and boric acid deposits from the top of the reactor pressure vessel (RPV) head revealed a football-sized cavity on the downhill side of the nozzle. The only structure that remained in the wastage area was the 9.5 mm (0.375 in.) stainless steel cladding of the RPV head. If the Davis-Besse reactor head had been allowed to continue operating, the NRC estimated that it would have failed within two to 11 months and would have resulted in a serious loss of coolant accident. “A crisis was barely averted when the plant was shut down on 16 February 2002, six weeks later than what the NRC had originally proposed.”4 As a result of the incident, FirstEnergy was fined $5.45 million, the largest single fine imposed by the NRC. They would eventually pay $33.5 million in fines. Repairs and upgrades to the aging reactor would reach $600 million, and two years would pass before they were complete and the plant could be returned to service.

Andrew Siemaszko and David Geisen (Siemaszko’s supervisor and co-defendant) were fired by FirstEnergy Corporation after the cavity in the RPV head was discovered. They would be the only two convicted of deception charges. Geisen was sentenced to three years of probation with 200 hours of community service and a fine of $7500. Siemaszko eventually received three years of probation and a fine of $4500. Both could have been fined $250 000 and sentenced to five-year prison sentences for each of the three felony deception charges they were convicted of.5

In a 2004 keynote speech in Seoul, South Korea, Shinzo Saito, president of the Atomic Energy Society of Japan and vice chair of the Atomic Energy Commission of Japan detailed a reduction in the average annual capacity of Japan’s nuclear reactors that was brought about by a shutdown of all Tokyo Electric Power Company (TEPCO) power plants that began in August of 2002.6

In the mid-1990s, Japan’s nuclear power industry was flourishing. Japanese nuclear power plants were operating at 80% capacity. In 1998, capacity would exceed 87%. Ten years later, however, the Japanese Nuclear Industrial Safety Agency (NISA) would report that the average annual capacity was languishing at 60%, the result of the suspended nuclear plant operations.7

Lacking sufficient domestic natural resources, Japan must import more than three-quarters of its energy requirements. During the oil crisis of the early 1970s, nuclear energy, as a means to energy independence, became a national priority. The effort was fully supported by a majority of the Japanese people until the mid-1990s when a series of incidents began to erode public confidence. The first of these was a major liquid sodium leak at the experimental Monju fast breeder reactor in December of 1995. This was followed in 1997 by an explosion at a bitumen solidification plant in Tokai-mura and, in 1999, two workers died from radiation exposure, the result of an illegal mixing operation at a fuel fabrication facility in Tokai-mura. In August of 2004, five workers died as the result of a steam pipe rupture in Mihama.8,9

In May of 2002, questions began to emerge regarding inspections made by the Tokyo Electric Power Company (TEPCO). In August, NISA announced that TEPCO had falsified voluntary inspection reports and concealed their actions for many years.10 The falsified inspection records were an attempt to hide cracks in reactor vessel shrouds in 13 of the 17 nuclear power plants owned by TEPCO. In all, 29 cases of falsification related to damage in many RPV parts would eventually be uncovered. These would include an attempt to hide repair work by editing inspection videotape and the injection of compressed air into a containment vessel to pass a leak rate inspection.4

By May of 2003, all 17 TEPCO reactors had been shut down. Seven would be returned to service by the end of the year but replacement power during the interim would prove expensive—50% more than nuclear generation. Total expenditures would exceed 200 billion yen (US $1.9 billion).2 The TEPCO scandal would widen to include numerous cover-ups at other nuclear utilities. Ensuing investigations revealed a serious lack in systematic inspections of Japanese nuclear plants and resulted in revisions to inspection related laws.

Stop for a moment and ask yourself the following questions:• What influences to misrepresent or suppress accurate inspection results are present in your NDT working environment?

Consider the possibilities of a failure due to nonreporting or misrepresentation. Could someone’s life or livelihood be jeopardized by your actions or inactions?

NDT plays an important role in equipment safety, reliability, and longevity. Your professional ethics are as important as your knowledge and skills.