Cygnus Instruments is proud to announce that the Cygnus 1 IS Ultrasonic Thickness Gauge now has IECEx Zone 0 Certification.

In 1996 the IECEx was established through the initiative of the Ex industry and with support from certification bodies in the UK, France, Canada and Germany.

The principle reason for the creation of the IECEx was to create a global (as opposed to regional)  system that would provide manufacturers with a single mechanism whereby testing and assessment for the Ex sector would only need to be conducted once – and would be subsequently accepted by all members of the system.

The certificate, issued by SGS, rates the Cygnus 1 IS UTM gauge as Intrinsically Safe to Ex ia IIC T6 Ga and Ex ia I Ma.  These are the highest (safest) ratings possible for equipment of this kind and are unique to Cygnus Instruments’ thickness gauge.  This new IECEx certification is in addition to the existing ATEX Zone 0 (or Class 1, Div 1) certification. 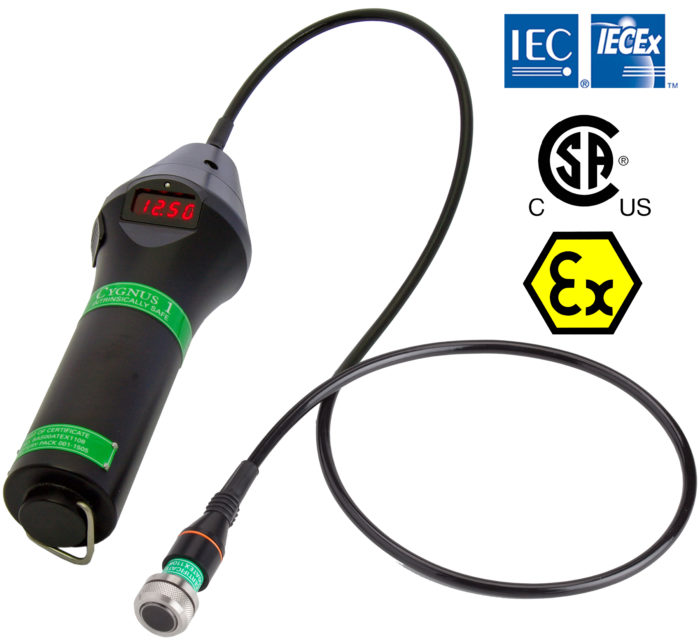 Intrinsic safety (commonly abbreviated as “IS”) is a protection technique for safe operation of electrical equipment in “Ex Areas”.  IECEx defines an “Ex area” as one “where flammable liquids, vapours, gases or combustible dusts are likely to occur in quantities sufficient to cause a fire or explosion”.

Safe operation (in an Ex Area) is achieved by limiting the energy, (both electrical and thermal), that would potentially be available to achieve ignition. Areas with dangerous concentrations of flammable gases or dust are found most commonly in applications such as gas pipelines and distribution centres, petrochemical refineries and in mines.  But other less obvious examples also abound such as in chemical processing plants; in the printing industries; sewerage treatment plants; grain handling and storage; and even in soy and sugar refineries. 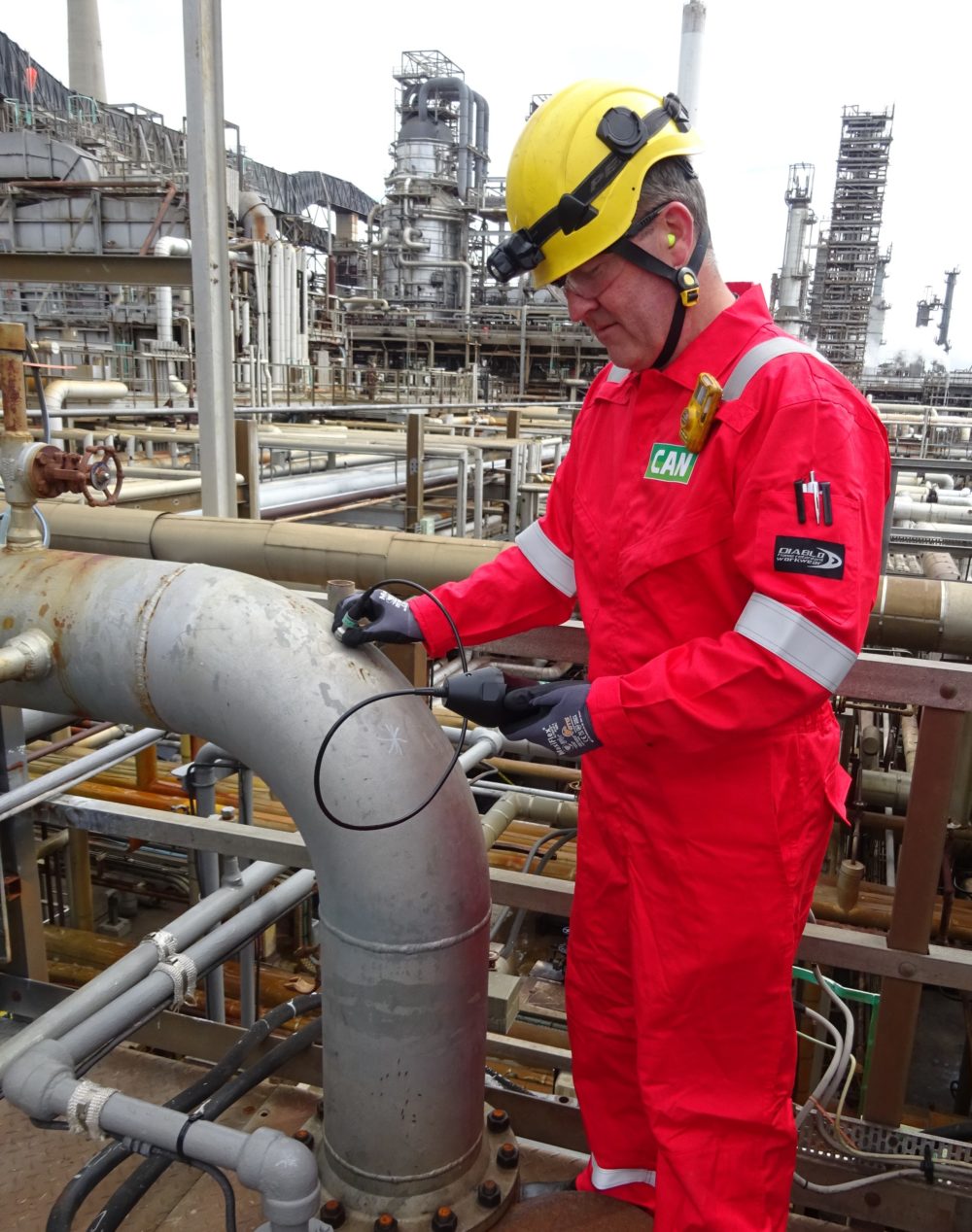 Cygnus is the only manufacturer of thickness gauges in the world that has achieved the highest possible levels of Intrinsically Safe certification (ATEX and IECEx).  The Cygnus 1 “IS” is an easy to use and highly accurate and reliable thickness gauge that is ideal for use in Ex and hazardous areas;  as it is safe to operate in these areas, its use requires no plant shutdown for use in the many potentially explosive atmospheres that exist in many industries today.

As with all Cygnus units, the Intrinsically Safe gauge is not only extremely reliable and easy to use – it is also highly ruggedized to withstand the wear and tear of use in a working environment.