SciAps Handheld LIBS Recognised by API for Measuring Carbon and Other alloying Elements in Steels By: Publisher Team | Nov 30, 2020 16:19 PM 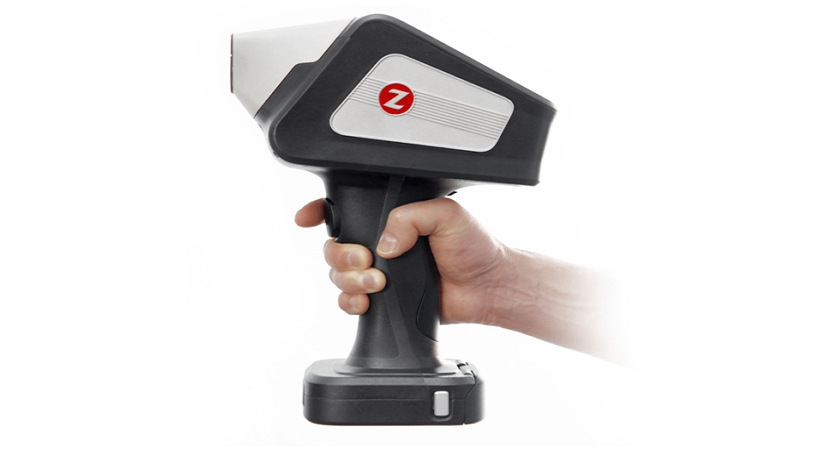 So why is the more stringent RE formula used? Historically, operators use handheld X-ray guns to perform PMI for HF alkylation units. Handheld X-ray cannot measure carbon content, so it is assumed that carbon exceeds 0.18% and the more conservative RE formula including Cr is utilised. Despite this limitation, X-ray has been preferred because it is much easier to use and far more portable than the carbon-capable spark OES technology. In short, operators prefer the more conservative RE (which is tougher to meet) so they can use handheld X-ray, instead of lugging around spark OES and the large tanks of accompanying argon gas.

LIBS technology offers a method to measure both C and Cr, Ni, and Cu simultaneously in a handheld device. If carbon is < 0.18%, then the device may use the more relaxed RE formula for only Ni and Cu. This means more incoming and in-service materials may meet the residual limit if Cr can be omitted. The LIBS carbon measurement is quite valuable because as more steel product originates from recycled material rather than virgin iron ore, residual levels especially of Cr and Cu have steadily increased over the years, making it more challenging to obtain steel product that meets the 0.15% requirement on RE.

Until 2017, spark OES had been the only technique for in-field carbon analysis. Spark OES works by generating a high frequency electric spark that heats and burns into the metal and creates an electron plasma.

Spark OES is fraught with a number of challenges. An experienced, well-trained operator is a must. Analysis requires an inert gas environment, usually argon, so spark systems are equipped with a large (20kg+) cylinder of high-pressure argon. Users must purge the spark system before using it. Before moving to the next location, they turn off the argon supply, then re-purge and recalibrate at the new location, reducing throughput. The large argon cylinder is required as it runs continuously during testing. Still, until recently, spark OES was the only choice for in-field carbon work.

Many of the people who launched SciAps in 2013 were the innovators of the handheld X-ray industry, having been founders and/or employees at the two leading handheld alloy analyser companies Niton and InnovX (now Thermo Fisher Scientific and Olympus). X-ray technology had become rock solid for PMI, including residual transition metals like Cr, Cu and Ni. Despite the advancements in X-ray, there remained a significant limitation to handheld X-ray: carbon. Due to the extremely low energy of carbon X-rays (and other low atomic number elements like lithium, beryllium and boron), there’s no practical way to measure carbon or similar “light elements” with a handheld X-ray gun. Yet carbon concentration is critical to measure in steels and stainless.

So the SciAps founders got to work analysing carbon with a handheld. LIBS is an OES method like spark, but the bulky spark source is replaced by a very small high-powered pulse laser. SciAps miniaturized the laser and other key components into a 2kg handheld. This breakthrough required three major innovations:

The resulting device – the SciAps Z – now has nearly 600 installations worldwide into petrochemical, pipeline, and steel fabricators. It is recognized in RP 578 3rd edition. It has been evaluated favorably to spark OES in numerous independent studies by leading users and institutes for C and CE in pipeline steels, L-grade stainless, residuals, and even sulfidic corrosion applications.

The SciAps Z for carbon in steels and stainless: Proven handheld technology with nearly 600 installations globally.