Non-destructive testing: How it is used in commercial aircraft maintenance 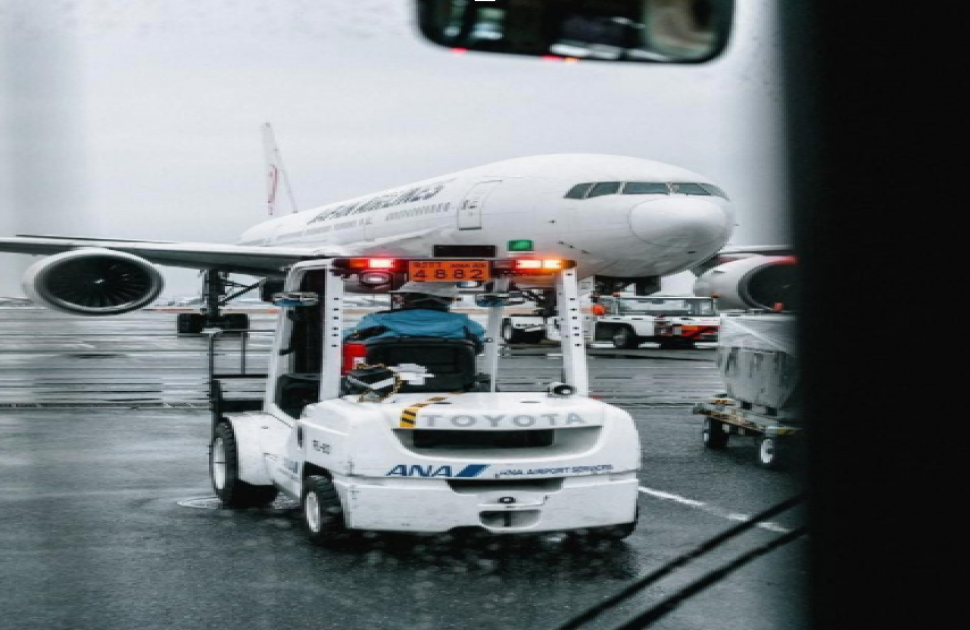 Non-Destructive Testing (NDT) is the process of examining an object or material with a specific technology that does not affect its future usefulness. The technology does not harm or destroy the object under any circumstance.

The term "NDT" includes many methods that can:

It provides an excellent balance between quality control and cost-effectiveness without affecting the manufacturing yield. It can and should be used in any phase of a product's design and manufacturing process, including material selection, research and development, quality assurance, and production.

Non-destructive testing is also known as non-destructive evaluation (NDE). The NDE methods are generally used for more quantitative measurements. For example, locating a defect as well as providing information about the defect such as size, shape, and orientation. It is also used to determine the physical properties of a material such as formability and fracture toughness.

Non-destructive Testing (NDT) serves as a very significant tool in the Commercial Aircraft Maintenance program as a part of the Airworthiness requirement and to ensure a high degree of quality.

As we already know, structures and different assemblies of aircraft are made from various materials such as aluminium alloy, steel, titanium, and composite materials. Thus, the selection of NDT method and equipment depends upon the accessibility, materials property, coatings, cleanliness, and the type of defect sought.

With the development of sophisticated NDT equipment in the fast-growing world, several new NDT techniques are developing and are being introduced for aircraft non-destructive inspection.

How is Non-destructive testing used in the aerospace department?

There is no question that the success of the airplane industry is dependent on Non-destructive Testing. Without NDT, the cost of maintaining and flying would increase dramatically, while the safety of flyers would also be compromised. When people step onto an airplane, they trust that it will get them to their destination safely with as little turbulence as possible. NDT plays an essential role in keeping air travel one of the safest modes of transportation.

NDT methods allow inspectors to inspect areas of the plane that would otherwise be uninspectable without disassembling the structure. It also allows inspectors to detect damage that is too small to be detected by visual means.

Non-destructive Testing can generally be split into two areas: surface techniques and sub-surface techniques. Within these two areas is a range of established and trusted tools, such as tap tests conducted with hammers to more recent and advanced technologies, such as 3D computed tomography.

Visual inspections is one of the oldest methods of non-destructive testing. The human eye is the most powerful NDT tool. Visual inspections of aircraft structures and components for damage include cracks, corrosion, and misalignment.

Various equipment are used for visual inspections, from magnifying glasses and mirrors to video borescopes for viewing those hard to reach places, charge-coupled devices, and remote viewing systems.

Liquid penetrant testing is another method widely used in the aviation industry to detect surface defects and structural damage in non-porous materials. It is a flexible technique and can be carried out in situ or in a workshop or hangar. It is also a part of cleaning and servicing parts, where the surfaces of objects are inspected after cleaning.

Acoustic emission testing is the method where an abrupt force is applied to the test object, a ‘tap test’, and the analysis performed. This analysis could be as simple as listening to the sound or using multiple sensors to record the resulting sound waves and small deformations that result.

Leak testing uses four main techniques: bubble, pressure change, halogen diode, and mass spectrometer testing. It also involves pressurizing and immersing the test object in liquid to trace and record leaks in any material. Aircraft and engines use large amounts of liquids and gas. Hence, leak testing is an important part of manufacturing and maintenance.

Radiography in the aviation industry can use both x-rays for thin materials and gamma rays for thicker materials. It offers many benefits including the ability to detect both surface and subsurface flaws, with minimal surface preparation, whilst providing a permanent record of the inspection and relevant indications. The use of computed radiography in the aerospace & defence industry provides significant cost savings and eliminates external costs when compared to other testing methods. As economic justification is a major criterion for any testing method, radiography testing range in size from microminiature electronic parts to massive missile components used in the aerospace & defence industry.

Ultrasonic testing is another common sub-surface technique and uses high-frequency sound waves to locate defects within a component. It is commonly used to detect defects in welds, fittings, joints, bolts, and the adhesive bond quality of an airplane. Ultrasonic testing is similar to sonar, recording and analyzing the reflection of sound waves.

There are several different ultrasonic testing techniques used by aerospace engineers and technicians, such as straight beam inspection, immersion testing, and phased array inspections. All use an ultrasonic transducer, called a probe, to send and receive soundwaves and display results as a graph on a display screen.

Magnetic particle testing involves inducing a magnetic field in the test object, applying magnetic particles to it either in dry form or suspended in a liquid, which could be coloured or fluorescent, and examining the object using suitable lighting.

It is used to detect discontinuities in ferromagnetic materials. Several pieces of equipment are used for magnetic particle testing depending on the environment, including yokes, coils, prods and heads.

Eddy-current testing is a sub-surface technique that induces an electromagnetic field in a conductive test object and measures the secondary magnetic field generated around the electric current to determine the flaws. It is widely used in aircraft maintenance to detect cracks caused by fatigue or corrosion.

Vibration analysis is used to monitor the vibration signatures generated by a rotating piece of machinery and interpret them to detect when something out of the ordinary occurs. Displacement sensors, which use eddy currents, velocity sensors, or accelerometers attached to the machinery, can be used for monitoring.

Thermal/Infrared testing comprises mapping the surface temperatures of an object. It can be used to detect damage such as corrosion, delamination, voids, and disbonds. It also works by detecting anomalies in the heat flow in a material or component.

Laser testing includes techniques such as shearography, profilometry and holography. All of the mentioned ones use laser light in different ways to detect deformation on the surface of objects and computer processing to compare stressed and unstressed conditions. It is useful in detecting tiny flaws that are a few micrometres in size.

The use of NDT in aerospace is increasing thanks to advances in technologies, data handling, and analysis. Its complexity is also increasing, although traditional techniques such as tap tests or liquid penetration still offer more than satisfactory ways of testing aerospace parts. Still, non-destructive testing is crucial to the safety of passengers and all others in the aviation sector. To carry out Non-destructive testing, adherence to standards and training are necessary to ensure the high levels of training continue in the future.

We, at One Stop NDT always strive to create awareness to the NDT Market (Equipment Manufacturers, service providers, distributors, plant operators, NDT professionals etc) about the New Development and products & Services availability in Global Market and to provide them with direct access to interact and explore on the possibilities of helping and working together.

Our team of experts is backed by professionals who have experience & presence of more than 20 years in the NDT market and have access to a large database /clientele who will be targeted/educated about your strengths/capabilities and give them a chance to freely communicate/interact with you and develop an interdependent relationship helping everyone to grow.