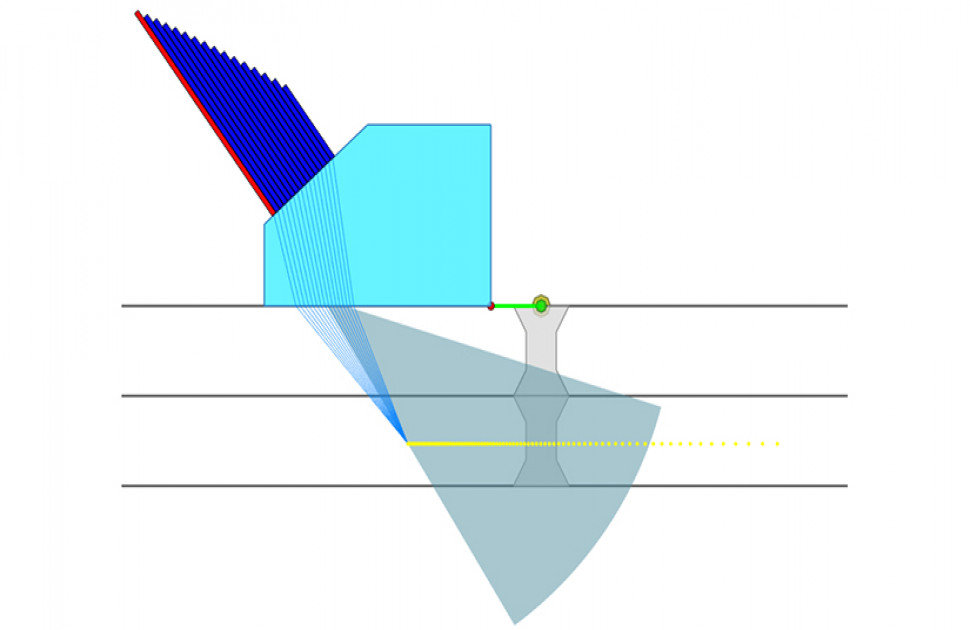 When using the phased array technique for performing non-destructive ultrasound inspections, it is possible to control several parameters, such as the beam angle and focal distance. With these parameters, users can hone in on a given point, creating a region where the imaging is highly accurate. This is “in focus” or “focusing.”

Focusing is also a phenomenon in which a maximum level of acoustic energy is concentrated at a given point. Both the beam steering and the focal distance are determined by modifying the firing delays on each element of the phased array probe. Hence phased array systems are able to change the position of this maximal energy point by delaying the pulsing sequence of the probe elements. Note that the focal point position can only be changed within the near field of the probe’s active aperture. This is a similar effect as adding a focused wedge to a conventional probe. Therefore, this capability can concentrate the acoustic energy in default-prone areas in order to maximise the sizing and characterisation capabilities.

The Near Field, also called the Fresnel zone, is the area immediately in front of the probe in which the individual pulses interact with each other. Constructive and destructive interference results in great variations of acoustic pressure levels. However, ultimately the pressure waves combine to form a relatively uniform front. This is at the far limit of the Near Field and is where the sound intensity is at its greatest. After this point, the acoustic energy decreases greatly. This transition point is known as the natural focus of an unfocussed probe.

What are the Different Focusing Types?

There are various types of focusing methods, which are explained in the following table: