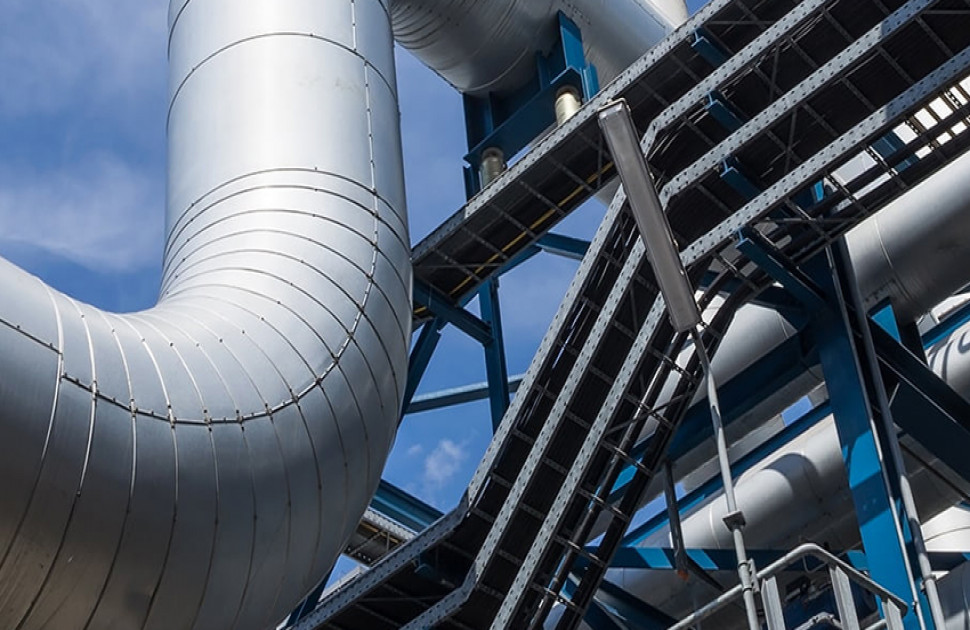 Pulsed Eddy Current Testing (PECT) is used for the detection and assessment of the gradual thinning on ferromagnetic materials, due to failure mechanisms such as general erosion, wear and corrosion. Whilst PECT is not well suited for measuring the localised loss of material, such as individual pits, it can detect areas where clusters of pitting occur.

PECT is ideally suited for thickness testing on ferromagnetic materials with the wall thickness between 3mm and 75mm. PECT is effective on uncoated material but is most widely used on material with either coating or insulation, such as piping and pressure vessels, and also for detecting wall loss under marine growth on jetties and other marine installations.

PECT can be used to measure ferromagnetic base material thickness, through the following materials:

PECT has a wide range of applications and ALS has specific expertise in the following areas:

PECT is a semi quantitative screening method where the inspection probe does not require direct contact with the material being assessed. Inspection time is typically minimal and significant areas of thick insulation or fireproofing can be screened efficiently.

Corrosion Under Insulation (CUI) remains one of the greatest concerns for the integrity of insulated piping and vessels. When accessing a plant or asset, ALS utilises PECT to comprehensively understand CUI.

Flow Accelerated Corrosion (FAC) leads to gradual thinning of pipeline walls and is often associated with elbow bends. PECT is ideal for detecting FAC as it identifies areas of wall loss via a quick screening process and is suitable for pipelines with or without insulation.

Surprisingly, ALS inspectors have also detected FAC in straight sections of pipeline where the asset owner was not expecting to find it. This was discovered during inspection of pipe elbows where it was decided to extend the inspection along the adjacent straight sections.

Corrosion Under Marine Growth on Jetty Legs and Marine Structures

PECT today is often associated with the detection of CUI on pipelines and vessels, however from its early inception PECT has been primarily used for detecting corrosion under marine growth at the splash zone on marine structures such as oil rigs and jetties.

PECT is ideally suited to this purpose as it can send a signal through the marine growth, and any neoprene coatings without the need for it to be removed. In this situation, marinized (waterproof) probes are used and the inspection is often completed with rope access teams for easier access or divers where necessary. The rope access personnel or divers can place the probe on the inspection area and the technician can analyse the data in a separate location.