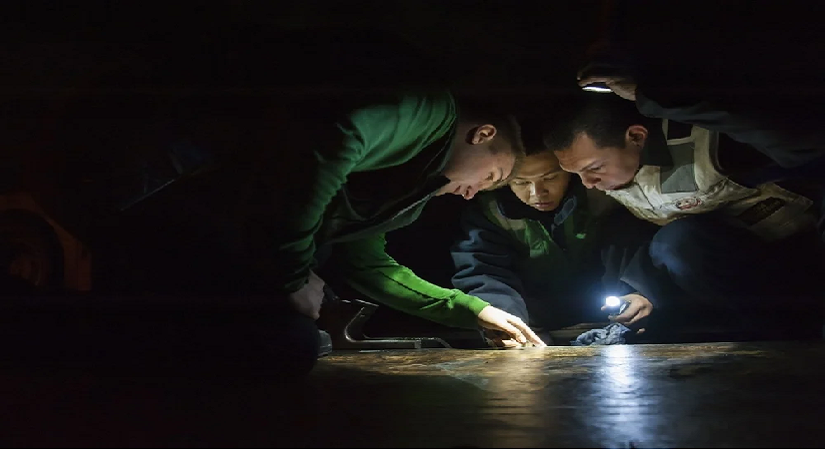 NDT (Non-Destructive Testing) refers to an array of inspection techniques that allow inspectors to collect data about a material without damaging it.

NDT stands for Non-Destructive Testing. It refers to an array of inspection methods that allow inspectors to evaluate and collect data about a material, system, or component without permanently altering it.

NDT may also be called:

For commercial applications—the primary focus of this article, and of our work at Flyability—the goal of NDT is to ensure that critical infrastructure is properly maintained in order to avoid catastrophic accidents.

While NDT methods are typically associated with industrial use cases, like inspecting weak points in a boiler used at an oil refinery, uses in medicine are actually some of the most common. For example, an expecting mother getting an ultrasound to check on the health of her baby would be considered an NDT use case, as would getting an X-ray or MRI to learn more about an injury.

But it’s important to note that NDT does not necessarily require the use of special tools, or any tools at all.

For instance, when inspectors in industrial settings review the outside of a pressure vessel with their naked eye, that would fall under the NDT designation, since they are collecting data on the status of the boiler without damaging it. On the other hand, using a sophisticated tool like an ultrasonic sensor to look for defects in a certain material or asset would also be called NDT.

Regardless of the specific use case, the underlying commonality among all these examples is the collection of data in a non-intrusive manner.

Here is a table of contents to help you navigate all the information related to NDT contained within this article:

What Is NDT—A Closer Look

We’ve already covered what NDT stands for and how the phrase is used in the field. Now let’s dive in and look more closely at some of the details that govern the world of NDT.

Before we go any further, we should clarify that there are some methods used to test materials that alter—or even damage and destroy—the materials tested.

The use of these methods is called Destructive Testing.

In Destructive Testing, a piece of the material might be scraped away for analysis or altered in some way onsite.

Here are some examples:

NDT techniques can be used for all kinds of inspections. But some of the most important types of NDT inspections are of assets like boilers and pressure vessels, which could be incredibly dangerous if not properly maintained.

Because proper maintenance of these assets is so important for the safety of those working nearby (or even at a distance, when it comes to nuclear power plants), most countries have laws requiring companies to adhere to specific inspection codes and standards when conducting inspections.

Here are the most commonly followed organizations in the world for creating NDT standards and codes:

Here are the top reasons NDT is used by so many companies throughout the world:

"Nondestructive testing is the life blood of a well-run facility. NDT techniques and repeatable results depend on highly trained technicians with experience and integrity. Industrial NDT methods and interpretation of results are performed by certified professionals. Not only does the technician need to be certified in a specific NDT method, but they also need to know how to operate the equipment being used to gather data. Understanding equipment capabilities and limitations is the difference between making an accept or reject determination."

The 8 Most Common NDT Methods

There are several techniques used in NDT for the collection of various types of data, each requiring its own kind of tools, training, and preparation.

Some of these techniques might allow for a complete volumetric inspection of an object, while others only allow for a surface inspection. In a similar way, some NDT methods will have varying degrees of success depending on the type of material they’re used on, and some techniques—such as Magnetic Particle NDT, for example—will only work on specific materials (i.e., those that can be magnetized).

Here are the eight most commonly used NDT techniques:

Definition: Visual Non-Destructive Testing is the act of collecting visual data on the status of a material. Visual Testing is the most basic way to examine a material or object without altering it in any way.

How to conduct Visual Testing

Definition: Ultrasonic Non-Destructive Testing is the process of  transmitting high-frequency sound waves into a material in order to identify changes in the material’s properties.

How to conduct Ultrasonic Testing

In general, Ultrasonic Testing uses sound waves to detect defects or imperfections on the surface of a material created.

One of the most common Ultrasonic Testing methods is the pulse echo. With this technique, inspectors introduce sounds into a material and measure the echos (or sound reflections) produced by imperfections on the surface of the material as they are returned to a receiver.

Here are some other types of Ultrasonic Testing:

Definition: Radiography Non-Destructive Testing is the act of using gamma- or X-radiation on materials to identify imperfections.

How to conduct Radiography NDT Testing

Radiography Testing directs radiation from a radioactive isotope or an X-ray generator through the material being tested and onto a film or some other kind of detector. The readings from the detector create a shadowgraph, which reveals the underlying aspects of the inspected material.

Radiography Testing can uncover aspects of a material that can be hard to detect with the naked eye, such as alterations to its density.

Definition: Eddy Current Non-Destructive Testing is a type of electromagnetic testing that uses measurements of the strength of electrical currents (also called eddy currents) in a magnetic field surrounding a material in order to make determinations about the material, which may include the locations of defects.

How to conduct Eddy Current Testing

To conduct Eddy Current Testing, inspectors examine the flow of eddy currents in the magnetic field surrounding a conductive material to identify interruptions caused by defects or imperfections in the material.

Definition: Magnetic Particle Non-Destructive Testing is the act of identifying imperfections in a material by examining disruptions in the flow of the magnetic field within the material.

How to conduct Magnetic Particle Testing

Definition: Acoustic Emission Non-Destructive Testing is the act of using acoustic emissions to identify possible defects and imperfections in a material.

How to conduct Acoustic Emission Testing

Inspectors conducting Acoustic Emission Tests are examining materials for bursts of acoustic energy, also called acoustic emissions, which are caused by defects in the material. Intensity, location, and arrival time can be examined to reveal information about possible defects within the material.

Definition: Liquid Penetrant Non-Destructive Testing refers to the process of using a liquid to coat a material and then looking for breaks in the liquid to identify imperfections in the material.

How to conduct Penetrant Testing

Inspectors conducting a Penetrant Test will first coat the material being tested with a solution that contains a visible or fluorescent dye. Inspectors then remove any extra solution from the material’s surface while leaving the solution in defects that “break” the material’s surface. After this, inspectors use a developer to draw the solution out of the defects, then use ultraviolet light to reveal imperfections (for fluorescent dyes). For regular dyes, the color shows in the contrast between the penetrant and the developer.

Definition: Leak Non-Destructive Testing refers to the process of studying leaks in a vessel or structure in order to identify defects in it.

How to conduct Leak Testing

Inspectors can detect leaks within a vessel using measurements taken with a pressure gauge, soap-bubble tests, or electronic listening devices, among others.

Where Is Non-Destructive Testing Used?

Depending on how broadly you define NDT you could say that it’s used in almost every industry in the world, since visual inspections (whether formalized or casual) take place in almost every workplace in some form or other.

That being said, there are specific industries that require NDT and have formalized processes for its use, as codified by those organizations we listed above like API and ASME.

How Drones Can Help with NDT

In the last several years drones equipped with cameras have become another tool commonly used in NDT for collecting visual data.

Due to limitations in the technology, for some time drones could only provide supplementary visual data for inspectors, but could not take the place of inspectors physically collecting visual data themselves.

However, as drone technology has improved, inspectors have been able to use drones more and more as RVI tools, in some instances completely replacing the need for them to collect visual data manually.

Here are two of the primary ways drones are helping with NDT these days:

By removing the need for inspectors to enter dangerous spaces in order to collect visual data drones are helping improve safety in the workplace.

For outdoor inspections of assets like power lines or towers, using a drone to collect visual data reduces the amount of time a person needs to physically be in the air on the tower or line.

For indoor inspections of assets like pressure vessels or boilers, using a drone like the Elios 2 to collect visual data means the inspector does not have to enter a confined space to do so, again helping significantly reduce the exposure to risk.

Drones can help companies improve their ROI in both indoor and outdoor scenarios, but savings are especially significant for indoor inspections.

Using a professional indoor drone instead of sending an inspector in to collect visual data manually means that companies save on not having to build and take down scaffolding, and can reduce downtimes associated with those requirements, in some cases by as much as one to two days.

WHAT’S NEXT FOR DRONES IN NDT?

To date, the primary use case for drones in NDT has been for the collection of visual data.

But in the last few years, thermal sensors attached to drones have allowed inspectors to collect thermal data by drone, and as time passes it’s likely that we’ll see new sensors developed for drones to support even more NDT techniques.

Source: NDT (Non-Destructive Testing): What It Is, Common Methods & Industries, and How Drones Can Help (flyability.com)