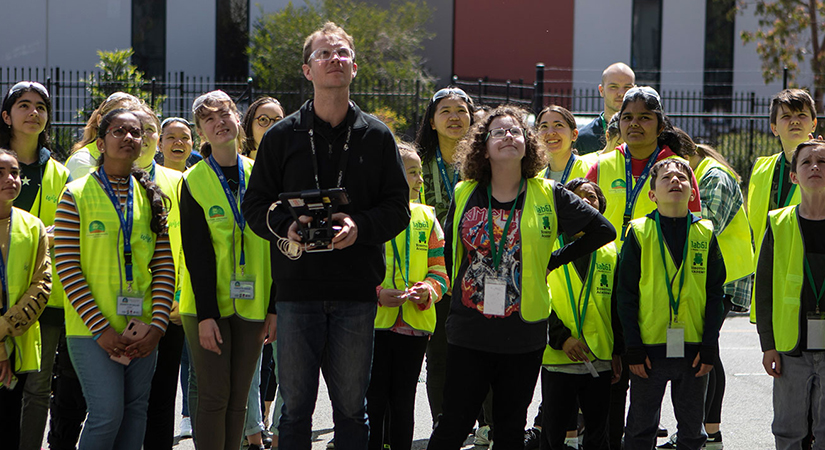 Lab61 launched their Inaugural Robotics Academy, proudly sponsored by Applus and Nexxis, this week at their training facility in Yangebup.

The STEAM program ensured its participants, ranging from years five to 10, looking to pursue a STEAM-focused career have an advantage over other students by allowing them exclusive access to some of the world’s latest robotic inspection technologies, made available by the major sponsor and parent company Nexxis.

The robotic enthusiasts that were selected for the program were taught the fundamentals of coding, building, and operating their very own robot. They also heard from key influential stakeholders across multiple industries, including a special visit by 30 girls that are completing SEA (Subsea Engineering Associates) and WISE (Women in Subsea Engineering) Future Engineers’ program.

Lab61’s CEO Lina Velosa says the program’s aim is to get young children excited and interested in Robotics and Technology, as a growing field now and in the future.

“We especially want to make this available to underrepresented minorities such as females and indigenous people,”  Ms. Velosa said.

“This program is a small step in making a massive impact on our industry in the future and filling the skills gaps that we are seeing today and, in the future.

“These programs help introduce STEAM activities to all kids at various ages but especially those who may not have the opportunities others have.

“At Lab61, we aim to engage kids at an early age and develop alongside them as they continue on their journey towards a job within the technical industry.

“So, when they choose their career, we have planted the seed for them to be ready and well equipped to make a positive impact because of Lab61’s influence.”

To be selected, all participants had to submit a written application and Lab61 were overwhelmed by the number of submissions.

Kids from across the Perth metropolitan area were selected to take part in the School Holidays Robotics Academy, that concluded on Thursday 8 October.

The program was a fun and engaging way of introducing STEAM activities to the participants, to follow all the action that took place at the Robotics Academy, follow Lab61’s social media channels.

Lab 61, a Nexxis Company, is Female-led and aims to deliver Robotic programs to underrepresented groups within STEAM education, including females and indigenous communities. By utilising their partnership with Nexxis, Lab61 will provide an environment to make future engineers industry-ready.