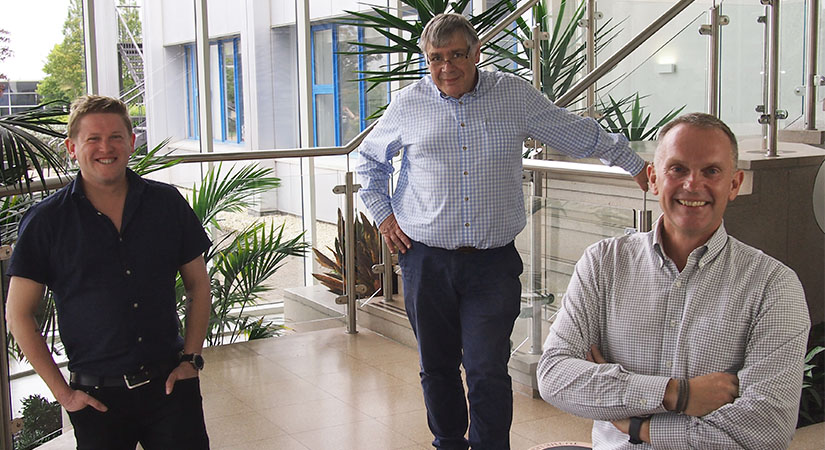 Novosound is Delighted to Announce the Appointment of Dr Derek Mathieson, Former Baker Hughes Senior Executive, as Their New Chairman.

In his most recent role, as Chief Marketing and Technology Officer, he was responsible for leading the commercial growth strategy for the company, including the development ofmulti-generational  integrated technology plans for Baker Hughes’extensive products and technology portfolio, managing corporate communications and leading future business incubation efforts.

Dr Mathieson earned a Ph.D. in micro electro-mechanical systems and a bachelor’s degree in electrical and electronic engineering from Heriot-Watt University in Edinburgh, Scotland, and was awarded an Honorary Doctorate in engineering from that institution. He is a chartered engineer with the United Kingdom Engineering Council, a member of the Institute of Engineering and Technology, and an active member of the Society of Petroleum Engineers.

Prior to joining Baker Hughes he served as Chief Executive Officer for WellDynamics Incorporated which was acquired by Haliburton in 2008.  His career also includes roles at Shell Exploration & Production and Wood Group both based in the United Kingdom.

Founding Director and CTO at Novosound, Dr Dave Hughes said: “Derek brings vast experience of international businesses to Novosound.  With the global ultrasonic market now valued at $45billion, and growing, we strongly believe there is a huge opportunity togrow at scale and to take a big part of that market.  Attracting such an influential and internationally respected industry leader as Derek is extremely exciting for us and is a strong reflection on the work we have delivered to date and demonstrates our future ambitions and plans.”

In just two years, Novosoundhas rapidly revolutionised ultrasound technology, which has remained largely unchanged for 40 years, by replacing conventional sensor materials with a flexible piezoelectric thin-film material.  The company has created the world’s first truly flexible NDT ultrasound toolthat simplifies complex inspections in Aerospace and Energy, and a fit and forget sensor that can measure corrosion up to 400°C continuously in Oil and Gas.

In December 2019,Novosound raising £3.3 million from a Series A funding round to develop new products for the NDT market, applied to oil & gas, aerospace, nuclear, industrial and infrastructure,and to build the commercialisation team to enter international markets such as North America and Asia.

The Series A funding round was led by Foresight Williams, alongside existing shareholders including Par Equity, Kelvin Capital, Gabriel Investments, the University of the West of Scotland, and the Scottish Investment Bank, the investment arm of Scottish Enterprise.

Establishedin 2018by Dave Hughes, CTO, and Richard Cooper, CEO,Novosoundis basedjust outside Glasgow, Scotland and now employs a team of 27.  It was the first spin-out company from the University of the West of Scotland, raising £1.5 million at its seed investment round in April 2018. The business also secured a £1m grant from Scottish Enterprise in July 2019as part of a £2M project to rapidly scale up the company’s R&D activity and recruit additional, highly skilled staff.

Issued on behalf of Novosound by Wave PR Ltd. For further information please contact Jonathan Kennedy on 07799-768968or at jonathan@wavepr.co.uk