Don’t Believe These Myths About Robotics! 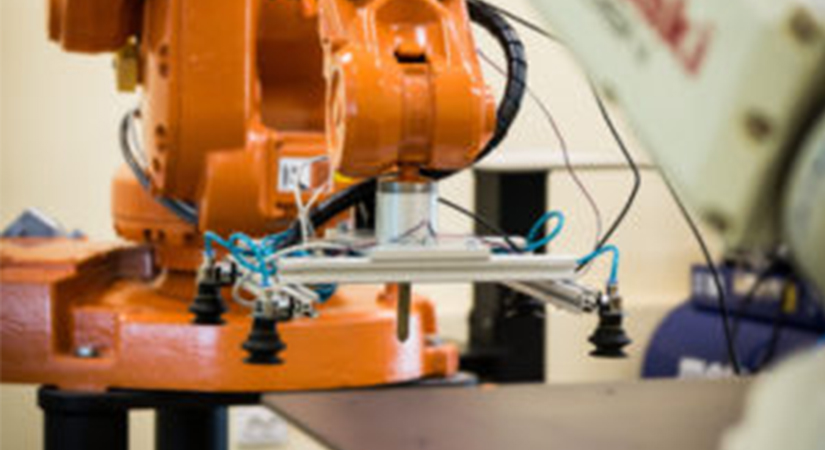 The mere mention of the word ‘robotics’ brings thoughts of Hollywood-inspired science fiction and the resulting myths that go hand in hand with such stories. These tales have left their mark, and in an era where robotic solutions are embraced within every global industry it’s still a truism that many misconceptions continue to exist regarding their role in both the workplace and society.

The following addresses some of the more commonly held mistaken beliefs that are still clung onto despite the now routine use of robotics in the 21st century.

Whilst it’s true that a large amount of robotic tools are not meant to work in proximity with humans, in general robots make our life safer, not more dangerous. This is because they’re used to undertake tasks that are hazardous to the human workforce. For example, inspection robots can be sent into environments that are dangerous, such as non-oxygen atmospheres, to efficiently carry out tasks in a far safer manner than can be achieved by preparing for human entry.

Technology has advanced sufficiently for a type of robot, known as a collaborative robot – or cobot – to safely work in the same space as humans. This is achieved by sensors that alert it to human presence, plus they’re lightweight and of a design that minimises any pinch points or sharp edges that could cause injury. Safety devices allow a cobot to work at faster speeds when alone but to sense when a human co-worker approaches and to modify its pace accordingly.

The advancement of technology has always resulted in the streamlining of tasks that used to be carried out by humans. However, far from reducing the amount of jobs available it simply shifts human interaction to alternative classifications. As robots increase cost-efficiency and output, so an industry grows. This in turn creates new categories of jobs and the emergence of new fields of work. For example, the advent of computers in the 1960s spawned a whole new field that today we know as IT.

One major advantage of robots is their suitability for repetitive tasks, freeing up the human workforce for jobs that are more appealing, skilled and realistically offering better future prospects.

As technology advances so the cost of producing robotic workplace solutions reduces. Over the past three decades the price of such machinery has virtually halved. When you include the fact that technological simplification allows for more people to work with robotic programming and engineering this brings the cost down still further.

In addition, the whole idea of robots in the workplace is to improve efficiency. When this is achieved such equipment quickly pays for itself. Where robotics can successfully carry out tasks that are hazardous for humans, there’s also the added advantage of significantly reduced insurance costs, as well as the massive benefit of human safety.

Myth 4: The only real place for robots is in car manufacturing

Because of the many repetitive and complex tasks required within car building plants robots are routinely used. However, this certainly isn’t their only function, and they’re well implemented in all industries that have pick-and-place applications.

But one of the major advantages of robotics is in places where significant hazards require humans to wear high levels of protective equipment or an environment that can only be entered wearing breathing apparatus. Indeed, in such locations it might be necessary to shut down for a significant period of time before it’s safe enough for human entry, whereas using a robot negates the need for this. Examples would include storage tanks within the petrochemical industry, sub-sea operations and waste manufacturing plants.

Myth 5: Robots are difficult to use

Some decades back this was probably true. But with ever-advancing software bringing user-friendly options to market this certainly isn’t the case today. As AI continues to advance and intuitive interfaces become commonplace, robots are becoming easier to integrate into all fields of industry.

When it comes to advanced robotic solutions for inspection, testing and measuring equipment within industries such as oil and gas, petrochemical, mining and manufacturing no provider is more solutions-driven than Nexxis. Ou expert innovative approach means we not only supply the very latest in technical equipment, but we also fully understand the challenges these result-driven fields face on a daily basis. That’s why we offer a flexible and adaptable approach that addresses a company’s individual needs.

This refreshing culture has led to the team at Nexxis becoming the supplier of choice for businesses that require something more than just an equipment provider. To find out how we can partner with your organisation’s individual needs and provide a practical, flexible approach for your equipment requirements contact one of our offices in Perth, Singapore or Houston, visit our contact page for details.